I was in Knightsbridge for a dinner the other day with some time to kill so I popped in Harrods to checkout their stationery section. About 20 minutes later I came out having spent £14 on 4 pencils. Oops! Could have been worse I suppose…

I got 4 Caran D’Ache Couleurs Fluos Pencils, which are basically chunky highlighting pencils. 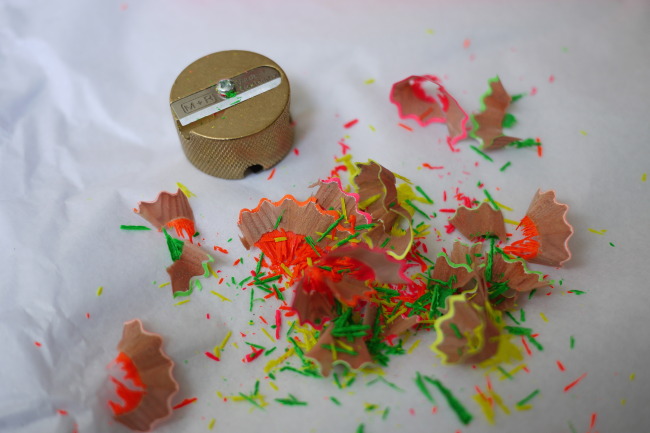 But actually, I do really like them as a product. I like the idea of using a pencil to highlight, rather than your average highlighter marker. The pencils are really chunky, and have a matte finish which is nice to hold. 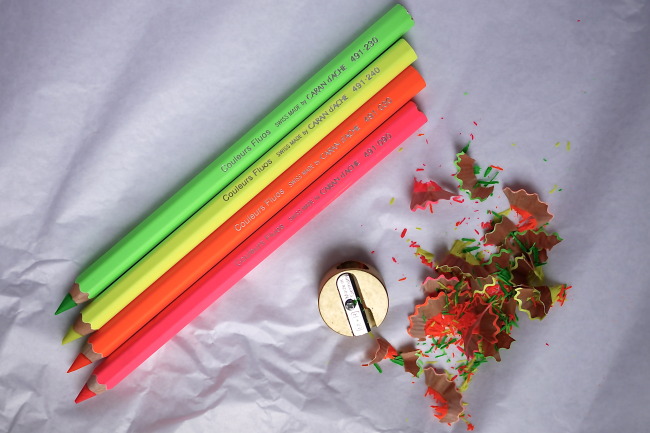 I only tried them on Moleskine paper, which is quite shiny, but they still came out well. I imagine it’d be even nicer on a rougher paper. 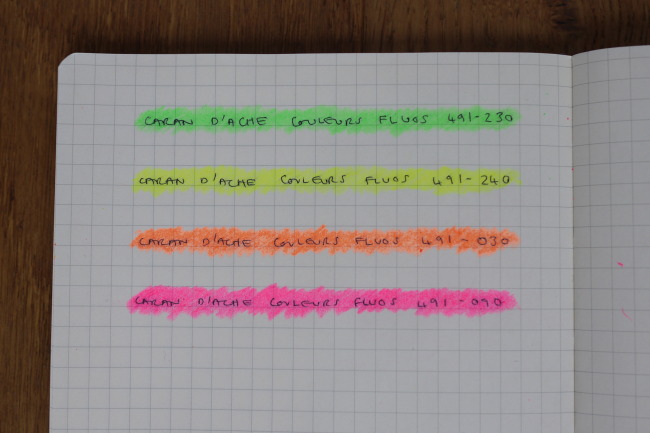 This pictures shows them tested over a very fine ballpoint pen and it worked well, with only a tiny bit of smudging. I also tried them on pencil (not good, LOTS of smudging), fountain pen (very good, no smudging at all), gel ink pen (ok… Tiny bit of smudging).

They’re a little pricey, at £3.50 each, but I guess the benefit to a pencil highlighter is that it will last a lot longer considering there’s no danger of it drying out.

And I think as a set they look pretty nice on the desk too!

Very nice. Wonder if I can find them where I am.