If you follow Baron Fig at all, you may already know that they have released a pretty extraordinary amount of products over the last few months. I reviewed their Archer Pencils back in January, and the Askew notebook in March, but since then they have released so many products that I haven’t been able to keep up! So that’s why I thought I’d do a Baron Fig Extravaganza, in which I introduce you to the latest releases. So, without further ado… 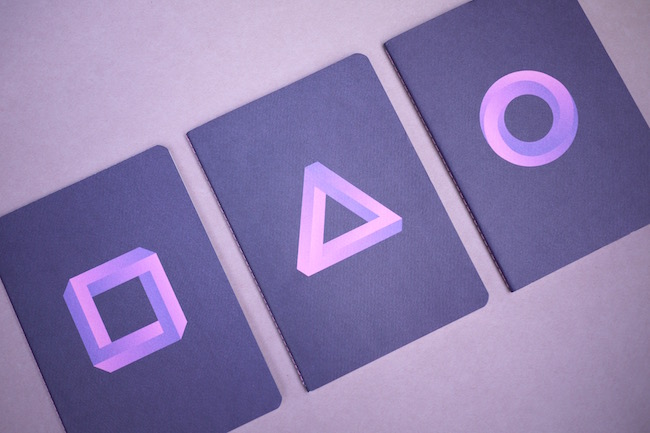 Infinity is a special edition of Baron Fig’s Vanguard, which are slightly smaller than A5, softcover, exercise books. 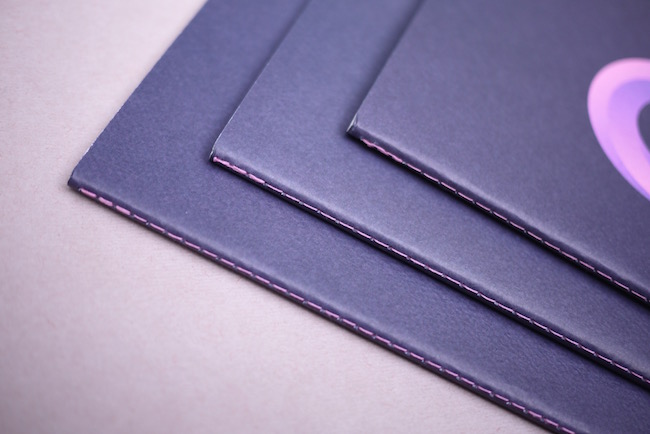 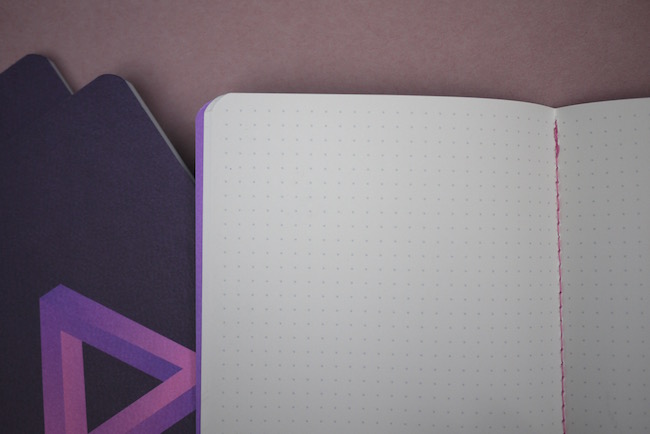 They have really pretty stitch binding, and a dot grid. They are $14 for a pack of 3. 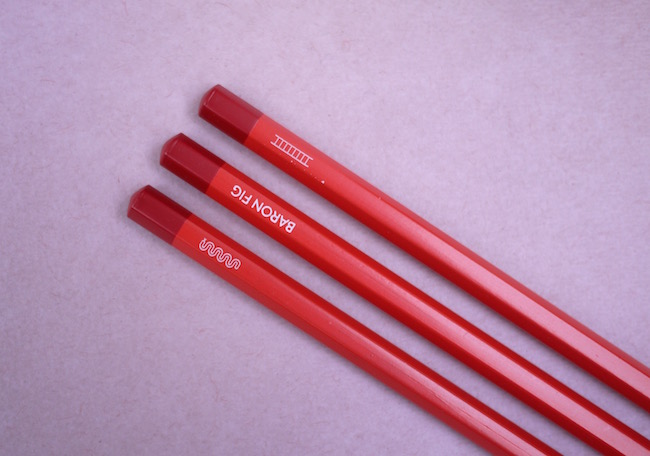 Snakes and Ladders are the limited edition version of the Archer pencils. This seems to be a purely cosmetic change from the original, although to me the core seems ever so slightly softer/darker (but I guess it’s just normal HB variation). 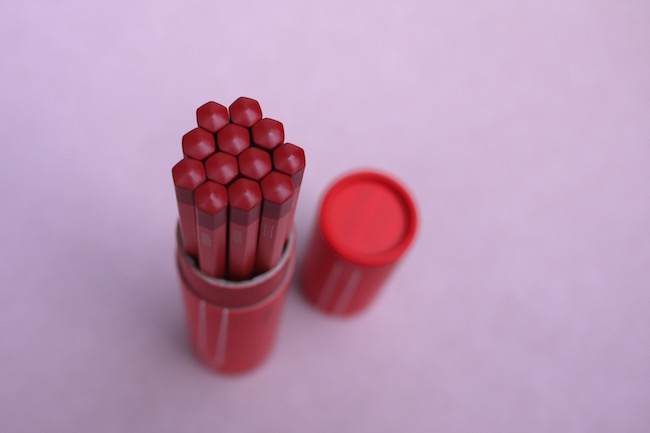 If you read my Archer review, you may have seen that I said they look like a blackberry in the packaging. Well these make a pleasing raspberry! 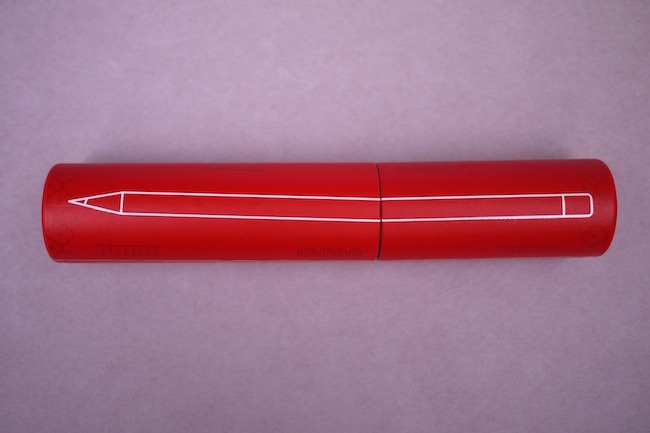 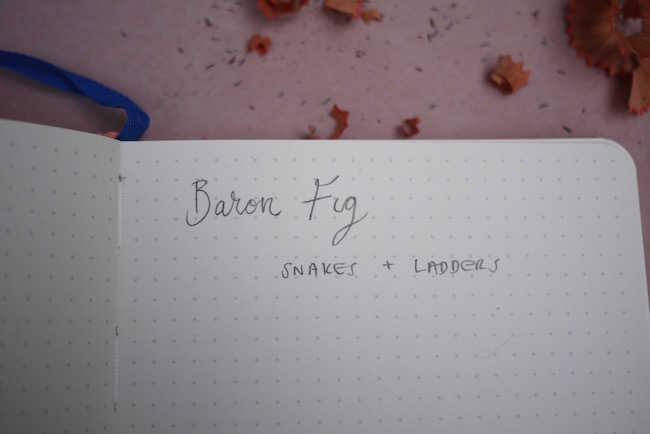 My one gripe would probably be that the packaging of these didn’t line up quite a well as the previous ones, so it looks a bit wonky.. But that’s a small thing. I probably do prefer the aesthetic of the original pencils, but I do like the little snakes and ladders symbols on this version. These are $15 for 12. 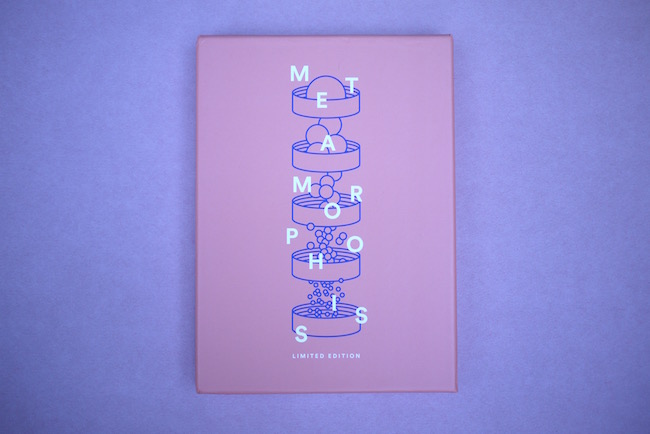 This is my favourite! The Metamorphosis is a limited edition of the Confidant, a hard cover, cloth bound, again – slightly smaller than A5, notebook. This edition is dot grid. 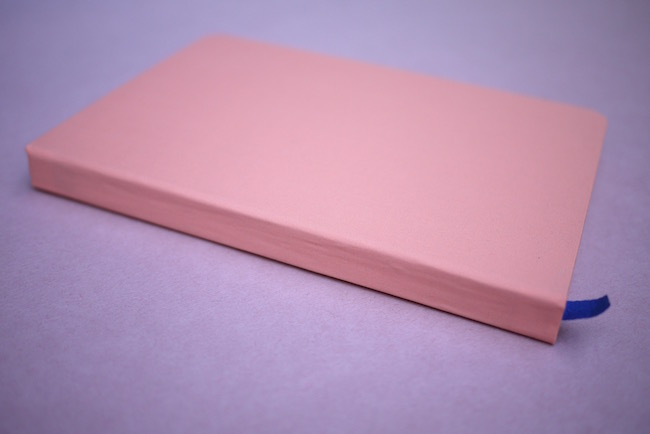 I don’t usually have the girliest taste, but this peachey/pink colour is just perfect. This notebook has jumped straight to the top of my use-next pile. This one is $20. 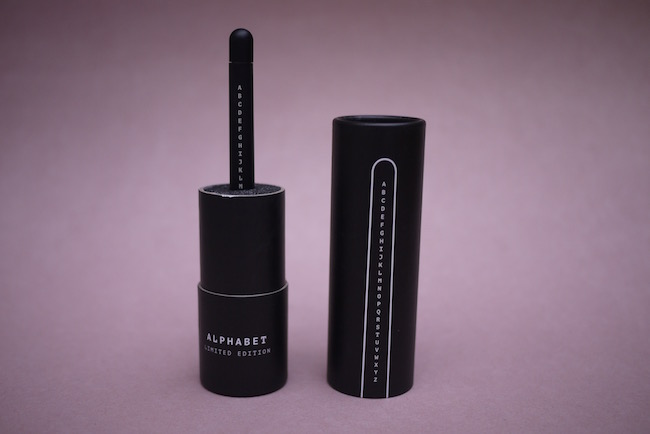 The Alphabet is a limited edition of the Squire, a rollerball pen. I should start by noting here that this one has already sold out… 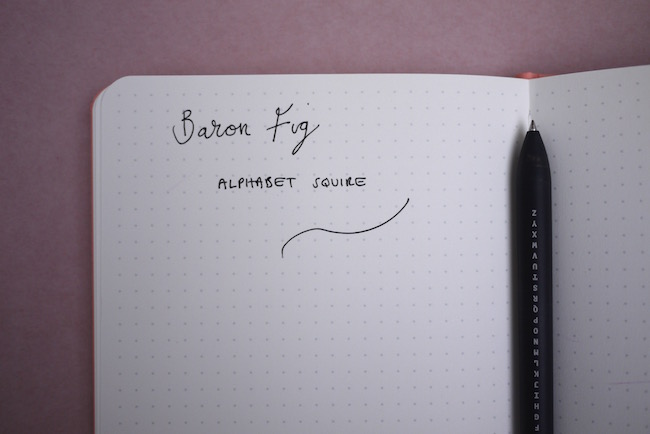 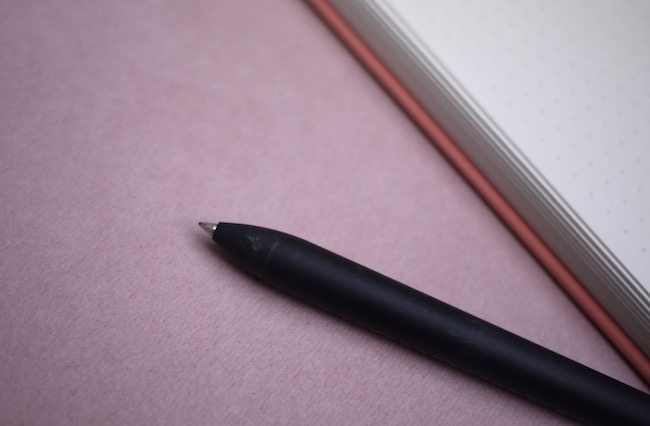 It is a lovely pen – super satisfying to write with. It has a a really nice weight to it and a matte finish. Because of that finish, I did find that after chucking it in my bag, it got a little scratched up. However, it seems like Baron Fig thought of this too because shortly after this pen’s release, they all bought out a pen sheath. 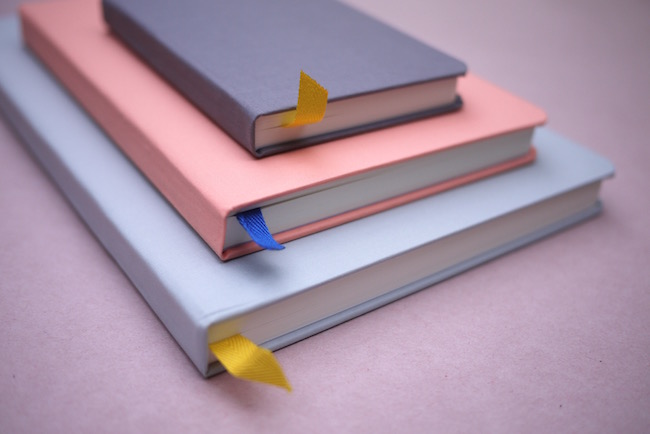 And finally… This one isn’t a limited edition, but an expansion on an existing product, the confidant. Previously it only came in the medium size (Metamorphosis pictured above for comparison), but now it comes in Pocket, Flagship, and Plus (small, medium, large). They come in light grey or charcoal, and with lined pages, plain or dot grid. Prices range between $12 and $22.

This doesn’t quite count as a release as it’s not out yet but Baron Fig have just launched a new Kickstarter for 3 bags – a backpack, a messenger and a tote. They’ve had success twice already, using the Kickstarter to launch the Confidant and the Squire, and this is no exception, having already reached its target within a few days. It’s unsurprising really, they are beautifully, simply designed. Do go check it out.

So, Baron Fig have been busy, right? I have no idea how they keep it all up, but I’m super interested to see what comes next!

Please note I was sent all product free of charge by Baron Fig, but all opinions are my own.