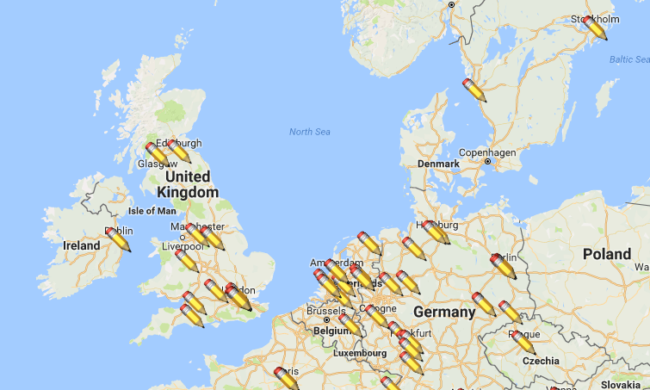 Those at you that have followed ATS for a while will certainly know about my Stationery Shop Map, but for any newbies, or anyone that’s forgotten, I thought I’d do a quick refresher post. In 2015 I though it might be useful to put together a google map of stationery shops that I’d been to around the world. I then thought it would be an even better idea to ask some other stationery bloggers for some suggestions from their parts of the world. Then, once it was online, I opened it up to readers too and now, almost 2 years later it is jam packed with hundreds of shops all over the world, and I hope is a really great resource for when people are travelling and want to know what stationery stores (or other kinds of stores that also sell stationery) are in their area. I certainly use it myself, and am super happy every time someone says they’ve used it on their travels.

But, it’s never finished! There are new shops popping up all the time, or new ones discovered so I’d like, again, to open it up to suggestions, please keep them coming! Similarly, if you’ve visited somewhere on the map and found it to be now closed, or not very good, do let me know and I’ll remove it.

Thank you! And here’s to brick and mortar stationery stores, and travelling!

this is my stationery store.so, im glad to watch it

The Stationer’s First Ever Sale