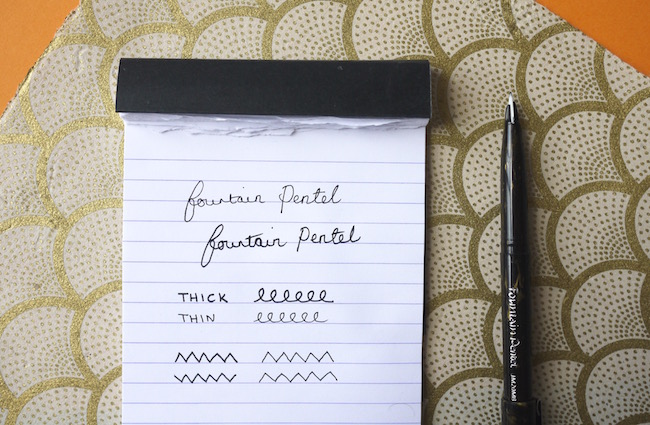 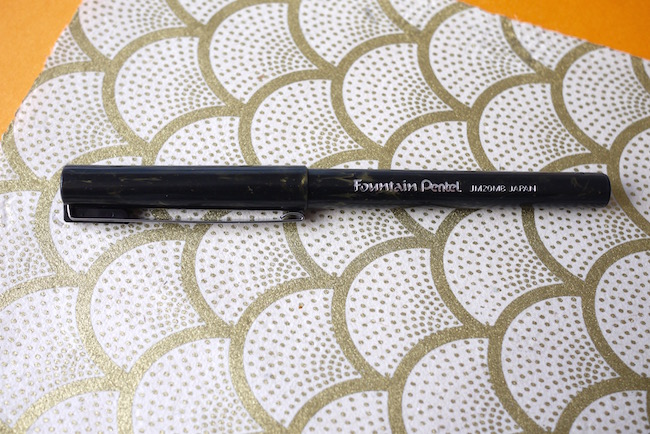 The Fountain Pentel is a funny little pen. It’s not quite like anything else I’ve used. It’s got a fibre nib but it’s shaped more like a fountain pen. The Pentel website contradicts itself a bit as it puts it in the “plastic/fibre pens” category but describes it as the “Original ‘delta’-shaped nib fountain pen”. Anyway, it definitely feels more like a felt tip than a fountain pen. 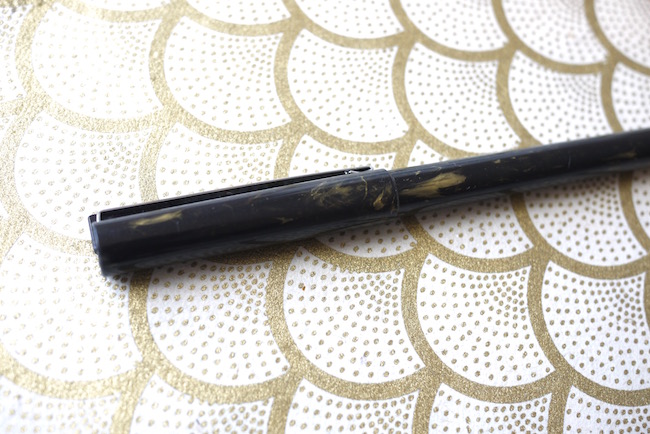 I like the body of the pen, black with flecks of gold running through it. It shimmers under the light when you move it. Other than that, it’s not a super exciting pen from the outside… 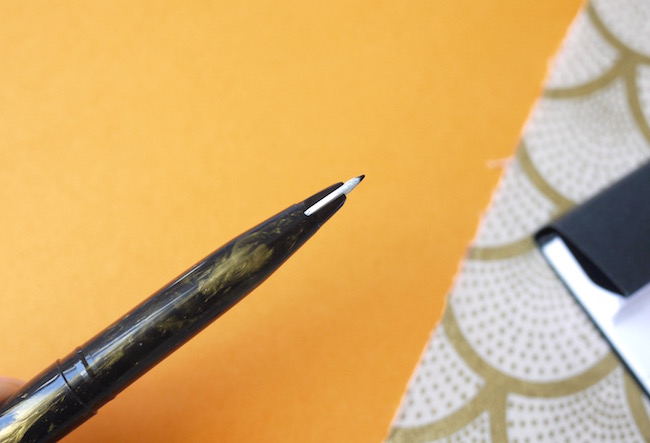 But from the inside, it has this strange nib. It’s a little disc of plastic that slots into the end of the pen, and is shaped similarly to a fountain pen in that it is wider at the base and goes into a finer tip. This means that you get a variable line width, and depending on which way up you hold the pen, you get a thinner or thicker line.

In terms of writing experience, I really like using this pen. It’s really comfortable to use and the ink dries really fast (I’d read that for this reason it’s a particularly good pen for lefties). If I was going to criticise it at all, I’d say that it’s not particularly obvious (to me anyway) which way up is thick and which is thin, so you don’t know until you start writing, but perhaps you get used to this in time. 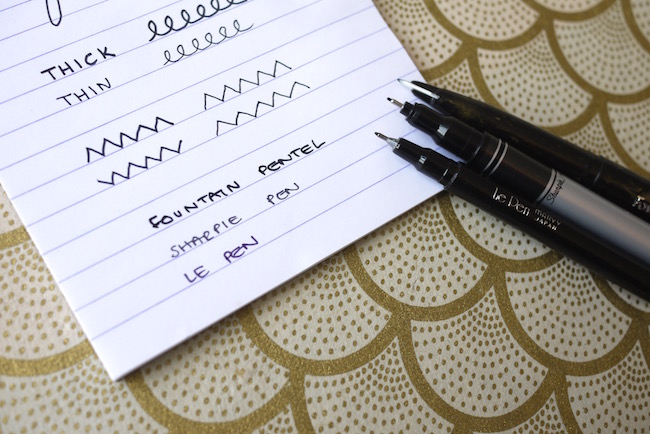 If I was to choose pens which feel similar to write with, it would be felt tipped pens rather than fountain pens, like the Le Pen or the Sharpie Pen.

This pen came in a Moustache Stationery box I got last year and I’d been a bit dubious about it but have found I really like it. For a dispoable pen I think it’s really good value, is comfortable to write with, the ink dries quickly and is very dark, and it gets extra points for having pun in its name! (even if that pun is slightly deceptive).

You can get the Fountain Pentel directly from Pentel, for £3.40 each.