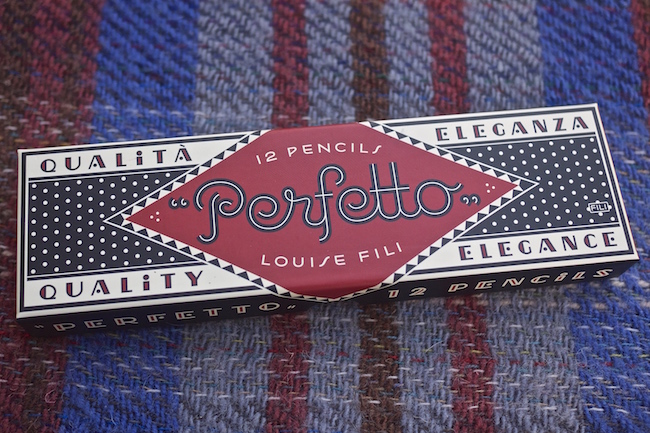 These are one of those things that I bought safe in the knowledge that I absolutely did not need, but I HAD to have. I am obsessed with the packaging, almost to the point that the functionality of the pencils wouldn’t have mattered to me (but don’t worry, they’re great too). 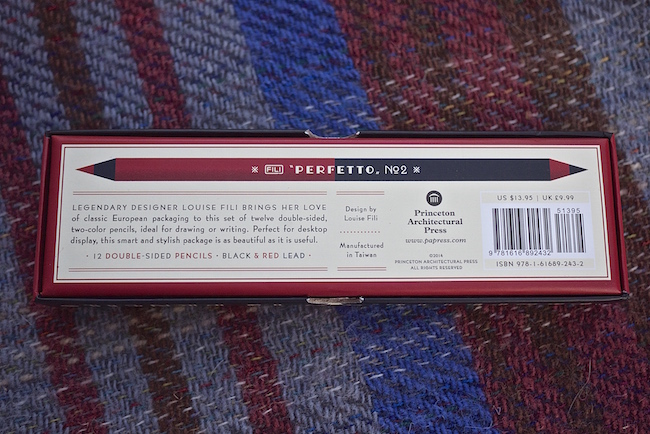 These pencils and their box are designed by famous graphic designer Louise Fili and are produced by Princeton Architectural Press. The design is based on those of 1930s pencil boxes, which Fili collects. The pencils are a modern take on the old double-ended pencils used by teachers; traditionally blue and red, (“red for a minor infringement, blue for a serious offense” in Fili’s own words). These are slightly different because apparently blue is her least favourite colour, and anyway, I think it’s more useful to have a grey/black rather than a blue. 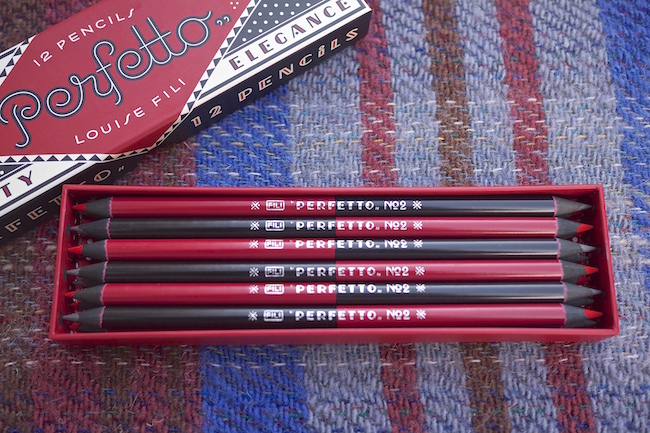 Personally, I can see myself using these for to-do lists… Actions with the graphite end (which is No. 2/HB) and then flip it over the tick things off or highlight them as urgent. 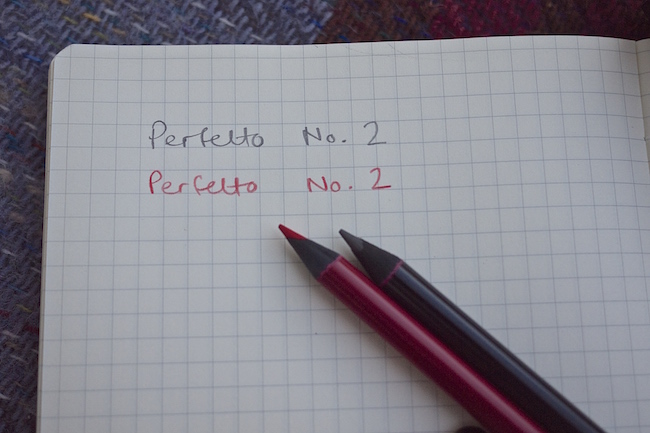 I forgot to take a photo of this, but inside the box the print is polka dot: so dreamy. Plus, and this is a big one, they look SO GOOD on the desk. A perfect (or should that be perfetto? Sorry) present!

The RRP for these is £9.99/$13.95, which I think is really reasonable for 12 pencils in a box worth keeping (I got mine at the National Theatre Bookshop). I think I might be getting an obsession with pencil boxes…

I love these, too! I was surprised by the quality and they work great with Word notebooks!

That’s good to know! I must say, apart from giving them a quick test I haven’t properly used them yet…

Oh, they’re beautiful! Might have to get some as presents.

Yes! I’d be surprised if anyone was unhappy to receive these!