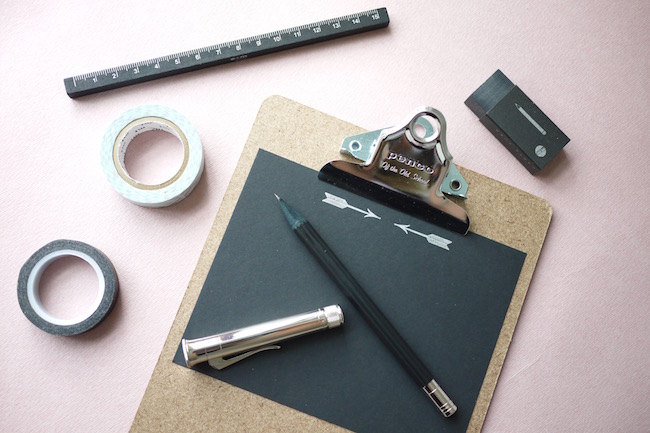 Over a year ago I met a guy in the pub who had a Graf von Faber-Castell Perfect Pencil. To me this was the height of luxury and I was so amazed that I took (an extremely awful) picture of it and wrote a blog post. Cut to now and I have one in my possession! Ok, maybe I’ve only been lent it, but at least now I’ve been able to take some actually nice photos that do it justice! 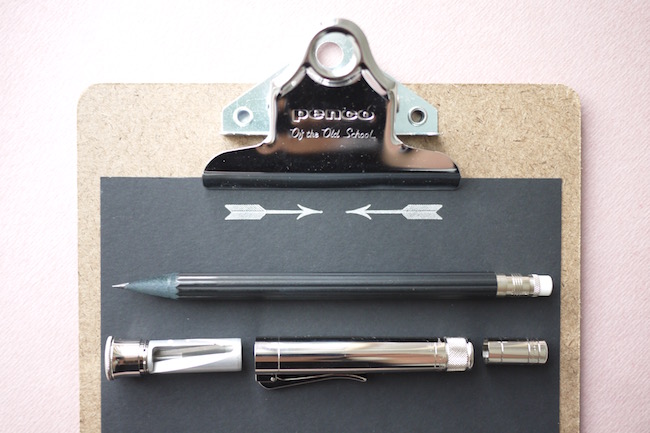 Isn’t it just lovely! The parts are as follows; 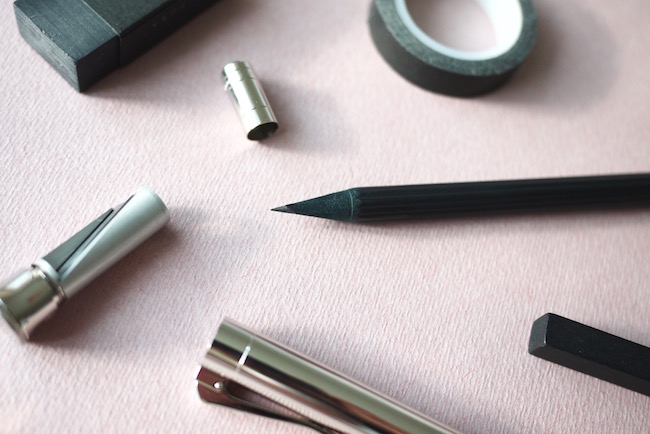 So, is it really that perfect?? It IS really luxury, and you do feel pretty special holding it. I wouldn’t say it’s perfect – but what is?! Probably best if I break it down into some pros and cons:

Pros
– Looks great, they’re Californian cedar wood
– Comfortable to hold – I love the matte black finish
– Pencil holds it point really well, doesn’t require sharpening very often
– Convenient – has everything you need – pencil, eraser and sharpener. Great if you don’t want to be carrying a pencil case around.
– The pencils shavings have scalloped edges because of the ribbed finish! (I love a scalloped edge) 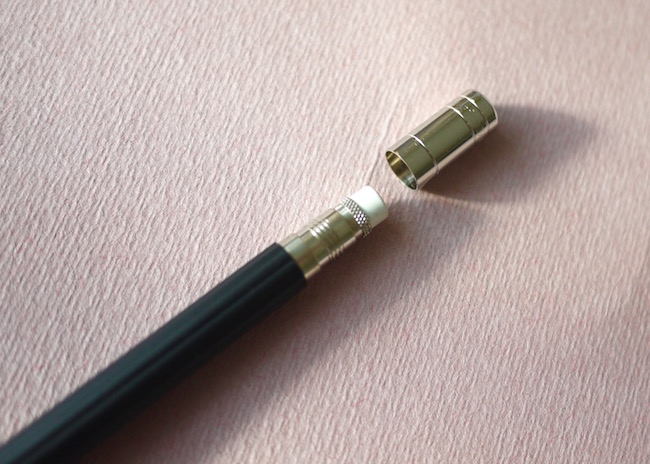 Cons
– I know you’re supposed to use the pencil extender to… extend the pencil, but I found it too heavy and preferred using it without it
– EXPENSIVE. Most places sell this at around £200.
– I had a slight problem with the sharpener, I found it didn’t sharpen it that smoothly. I had more luck using my M+R Nugget on the bigger hole, but it works well enough if you don’t have anything else on you. 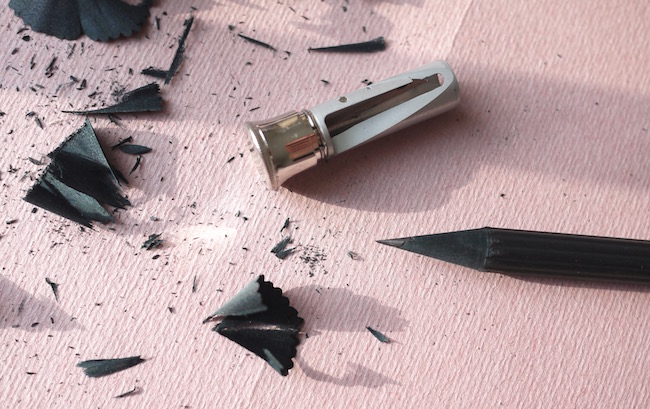 I think the thing I can’t get over is the price! But then it’s not aimed at people like me, it’s aimed at people with money, that like expensive watches and suits. It’s exclusive. And that’s ok. And actually, £200 is a lot, but you’d have it forever. The other thing is that you could use the extender for other pencils if you wanted. I tried other pencils and it they do fit, a good way to use up pencils that have got too short. So if you’re feeling plush, yeah, maybe splash out and get one… And if you get given it as a gift – lucky you!

I love this pencil, and I do feel very special using it, but I’m also a little relieved to give it back in case I lose it! This is why I don’t like expensive fountain pens…

Big thanks to Launch PR for lending me the Perfect Pencil! This isn’t an advert, just my honest opinion.