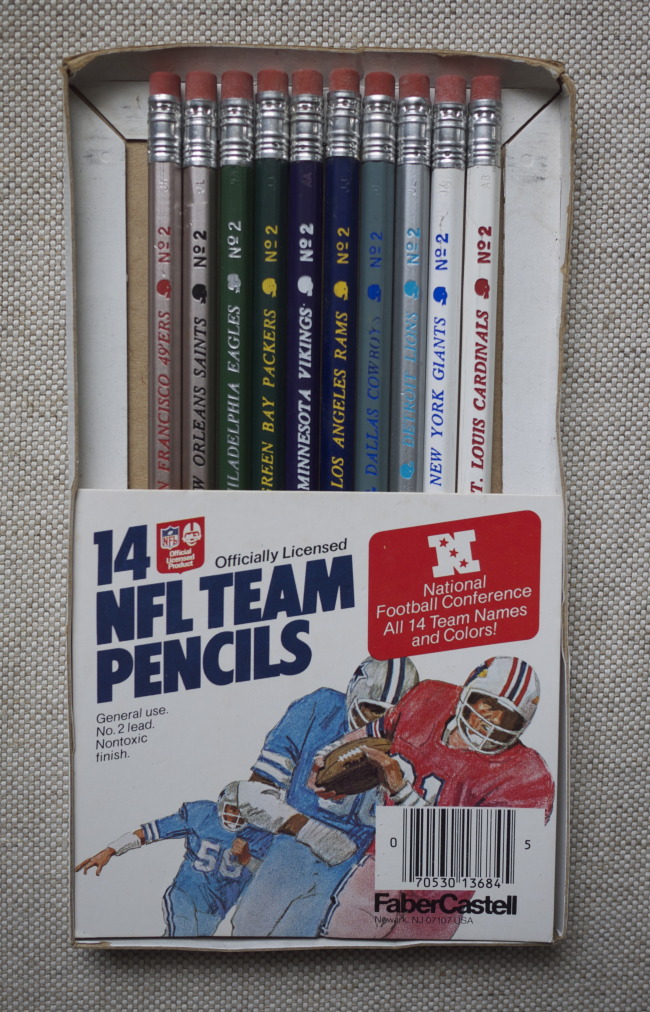 I got these NFL Team Pencils by Faber Castell at Williamsburg flea market for $7.

Now, in case you’re not American or a sports fan, just to clarify, NFL is the National Football League (American football that is, not PROPER football). 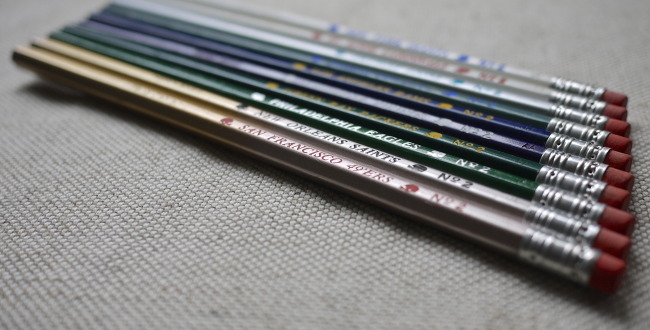 As with the dip pens, I’m not sure when they’re from, but judging by other similar sets on eBay, I think they’re late 70s/early 80s. Definitely before 1985 anyway, as the price tag says they were bought from Jefferson Ward, which a little googling told me was a Florida based department store, which closed down in 1985. 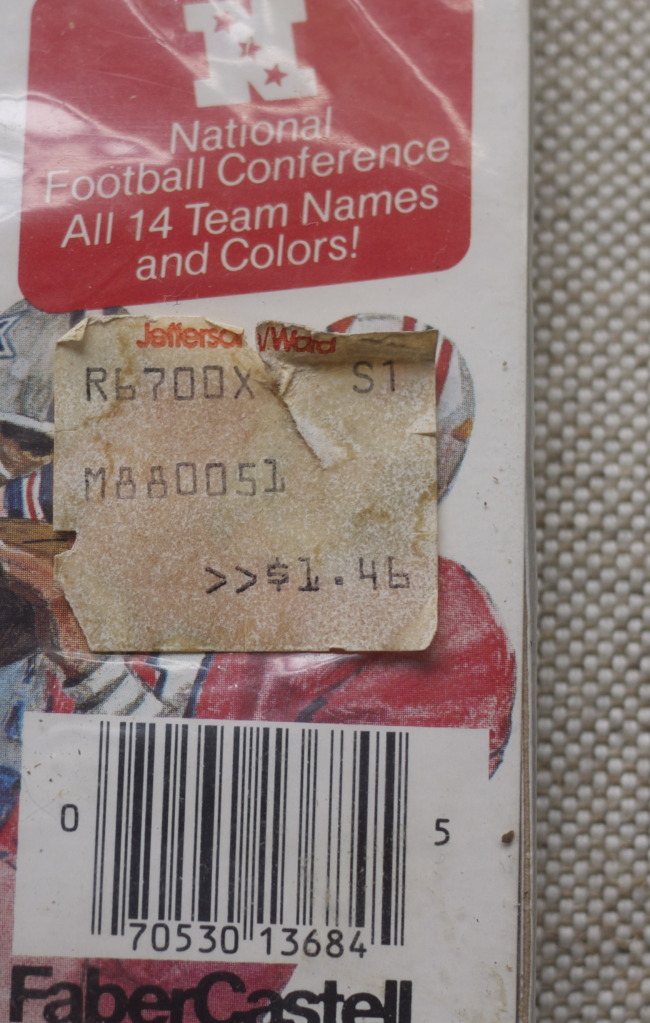 My set is missing 4 pencils, and I have no idea which ones are missing, which is a shame… But it’s a pretty cool set nonetheless, don’t you think? 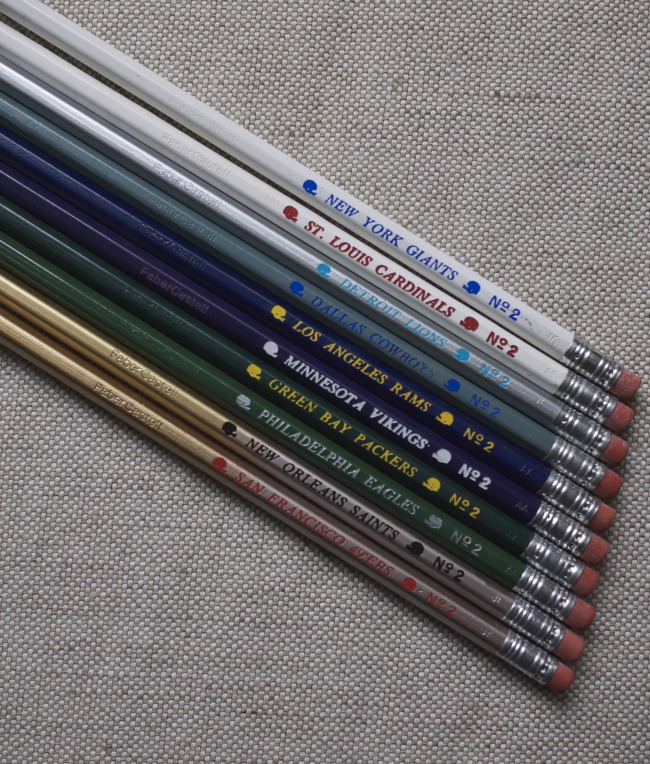 I really like how the metallic ones have faded in the sun:

The other thing that intrigues me is the initials which are embossed into the tips of the pencils, AA, etc.. I wondered if they were who made the pencil? Or checked them in the factory? Does anyone know what they could be?

It looks like the set is from somewhere between 1976 and 1985 – the 14th team joined in ’76. You’re missing the team that would rule out ’76 itself, as the Tampa Bay Buccaneers swapped places with the Seattle Seahawks in ’77 and the Seahawks didn’t return until 2002. The other three missing are the Washington Redskins, the Chicago Bears, and the Atlanta Falcons, all original teams.

You are AMAZING!!! What brilliant research – thank you!

My pleasure! I now know about a million times more about the NFL than I did before, which is a good thing for watching Pointless.

I had the full set growing up. Nostalgia…

Glad to have brought back some childhood memories!