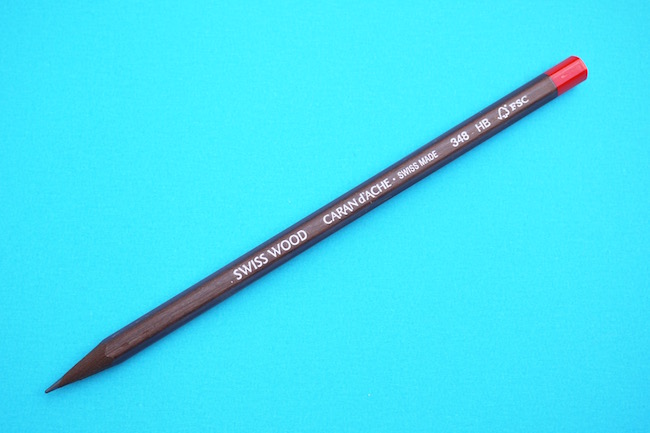 I’ve heard a lot about Swiss wood but hadn’t got my hands on one until it came in one of my Moustache Stationery subscription boxes. As usual, I’m going to point out at this point (no pun intended) that I’m not the best reviewer and if you want something more thorough, you can check out a few great, recent, reviews here:
Jenny at The Finer Point
Ian at Pens! Paper! Pencils!
Ana at Well-Appointed Desk
But here’s my take on it…

Looks
I LOVE how it looks. The casing is Swiss Beech wood and has been stained darker. 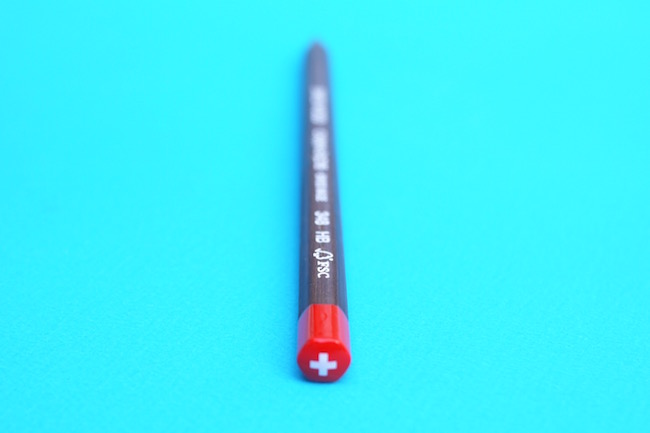 It has white writing and the end has been dipped in red paint with a very cool Swiss flag on the end. The only negative I have is that the simple design is ever so slightly ruined by the barcode that painted on the side. But that’s a small thing.

Feels
It’s comfortable to hold. I didn’t actually realise until I held it up to another pencil, but it’s a thicker barrel. It’s a little heavier than normal too, but that means it sits nicely in the hand. It’s hexagonal too. 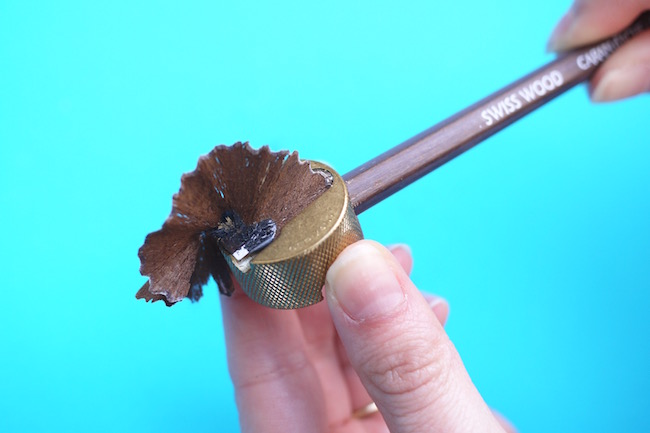 It’s a little tricky to sharpen, not as smooth a normal, but I guess the wood is harder. But I got a good point with my M+R Nugget. 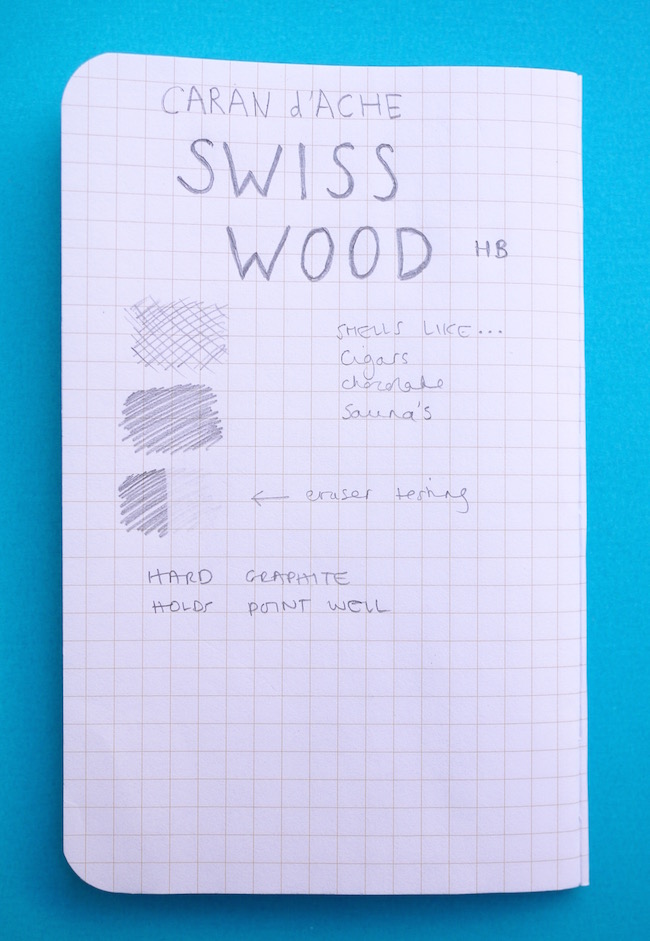 Writes
Good! It’s an HB so a pretty standard writing pencil. I found it kept it’s point really well, like it had barely gone down after an A5 page of writing. Much better than softer pencils like any of the Blackwings (but then they are softer graphite). It’s a fairly light line, I’d probably prefer slightly darker, but it’s not a deal breaker.

Smells
Not a normal pencil review category, but an important one for this pencil! This pencil has a really strong smell which I guess is down to the wood stain. It’s not for everyone but I really like it. To me it smells like tobacco, coffee, chocolate and caramel. Like any good grandpa’s pocket… Or something. My boyfriend thinks it smells like sauna’s which is a pretty good shout too. 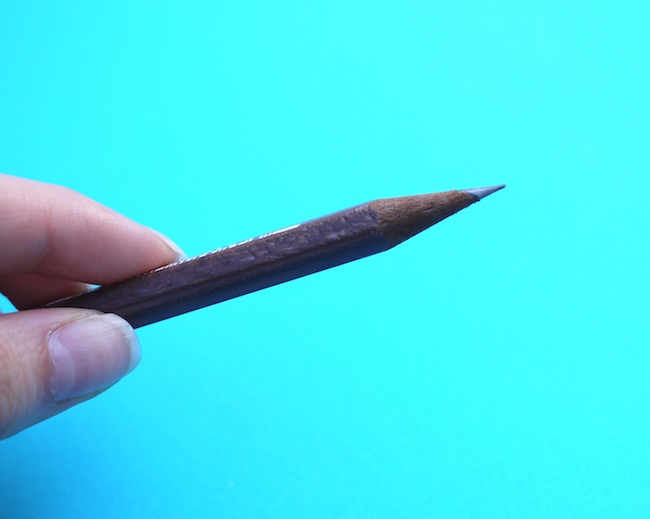 It a pretty pricey pencil, at around the £3.50 mark but I just know it would last ages so that doesn’t put me off too much. It’s a thumbs up from me!