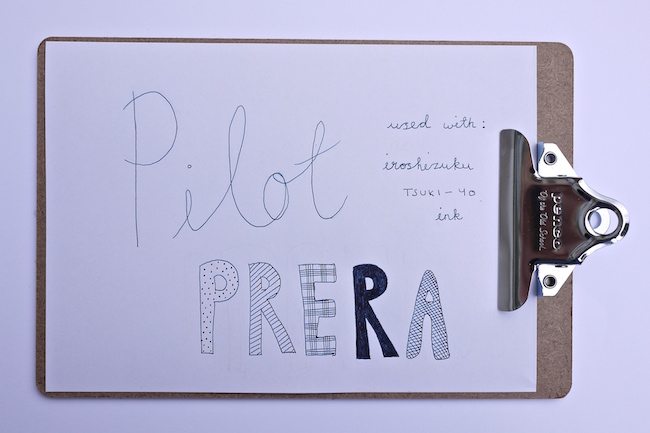 Since my fountain pen education began, I’ve been focussing on the lower end of the budget. This is mainly because I don’t really get the whole spending £200 on a pen thing, and also because I think an expensive pen would be wasted on me. So when Ron at Pen Chalet offered me the chance to choose a pen to try, and the world was my pen oyster, I was a bit overwhelmed. The temptation was to go for something expensive, just to see what it’s like, but then my sensible head took over, and I chose something in the next price bracket up from what I’ve tried before.

I chose the Pilot Prera. 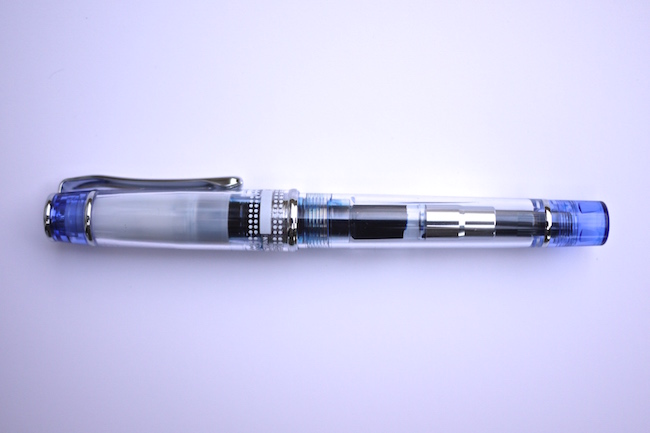 And here it is in all it’s glory. So…

Looks
Pretty nice! It’s not much of a secret that I think fountain pen design has a long way to go, I think often they’re quite fussy looking, I prefer simple design. And I think this design is simple, especially given that it’s a demonstrator (meaning it’s see-through). You can choose different colours for the top of the cap and bottom of the barrel and I went for blue. I’d have happily chosen no colour, but that wasn’t an option. I’ve only used one ink in it so far – the Iroshizuki Tsuki-Yo ink that I also got from Pen Chalet – but I’d be interested to see how different it looks with a different coloured ink inside. 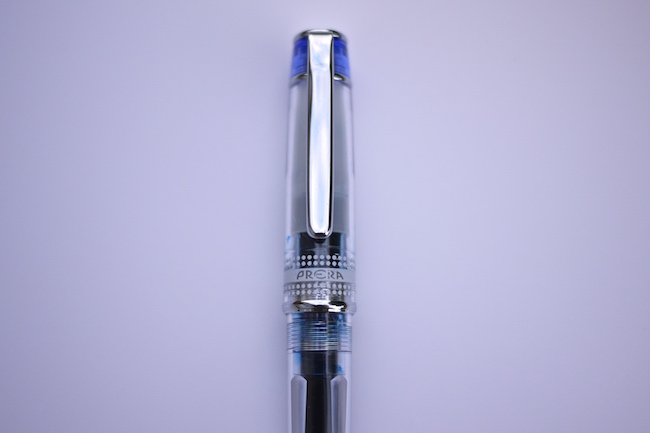 Feels
It’s really light, which I love, and feel really comfortable to hold. I like that there’s no details on the grip. It’s quite a short pen, which works well uncapped in my little hands. You can make it longer by posting the cap on the end, but I find this unbalances it. Also, when you put the cap on the pen, there’s some cushioning in the lid that makes it SO satisfying to close. I can’t really explain it, you just have to feel it.

Writings
Ooooh, this has SUCH a fine nib! I mean, obviously that’s because I chose a fine nib, but still, it’s very fine. As you can see from the 1st picture in this post, it lends itself well to detail, and I actually think this would make a good drawing pen. 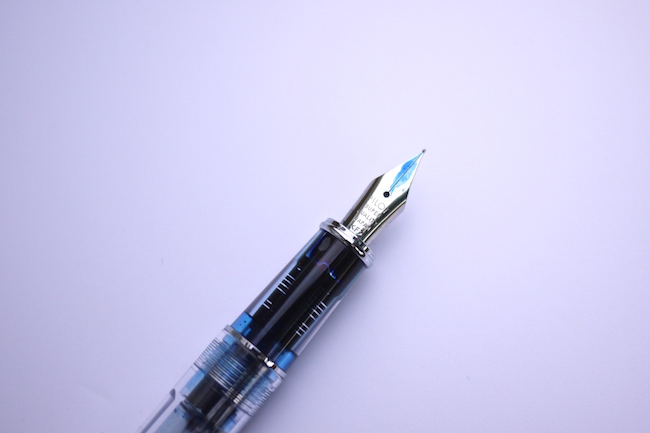 Overall(s?)
Yeah, ok, I get why people can get quite into this fountain pen game. It is a lovely pen. I still manage to get covered in ink every time I use a fountain pen, no matter how expensive, so I guess that’s just my own problem. In fact, I’d got this pen so messy that it took me ages to take these pictures because I was putting of cleaning it up. Still, there’s something about knowing you’re using a good quality pen that makes me forgive the messiness. The best way I can really measure how good something is, is by how much I use it. I’ve had this about a month now and I’ve been using it lots, so that’s a pretty good sign.

You can get hold of one for $56 (approx. £35) from Pen Chalet, in a variety of colours. I know some people will still think of this as in the cheap end of fountain pens, but it’s pretty luxury for me!

Thanks so much to Pen Chalet for sending me this to try out. I may have been sent it free but I’ve done my very best not to let this affect my views.