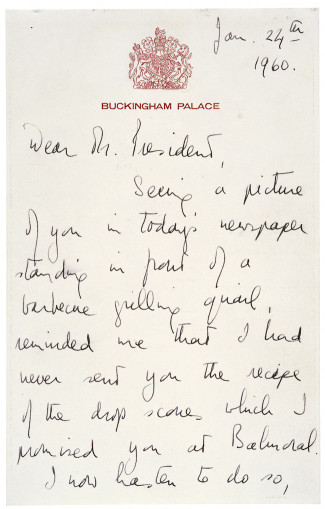 The Importance of a Handwritten Letter

We all love getting a handwritten letter, and (for me anyway) it’s quite a rare occurrence these days. I also wish I sent more letters and am always impressed with people who take the time to do it. Pen Heaven have started a Handwriting Matters campaign, highlighting the importance of getting people writing by hand. This gave me the idea to pick out some famously handwritten letters to share with you.

First up, this handwritten note that Emma Watson tweeted (a slight oxymoron there…) to show her appreciation to Steve Carrell for his support of her campaign HeForShe. I think her handwriting is pretty neat, but just in case you can’t read it:

Dear Steve Carrell, You were pure genius in “Little Miss Sunshine” (one of my all time favourite films), my brother became obsessed with you after “Anchorman”, I wanted to marry you or have you adopt me after “Crazy Stupid Love”, I hated the guy you played in “The Way Way Back”, and then you were mindblowing in “Foxcatcher” and I think you’re so awesome and now you are wearing #HeforShe cufflinks at the Oscars to support Gender Equality. Couldn’t be more proud. Thank you. Love, Emma x

Next, a letter from her Royal Highness, the Queen! On January 24th, 1960, 5 months after entertaining Mr and Mrs Eisenhower at Balmoral, Queen Elizabeth wrote to President Eisenhower with her drop scone recipe: 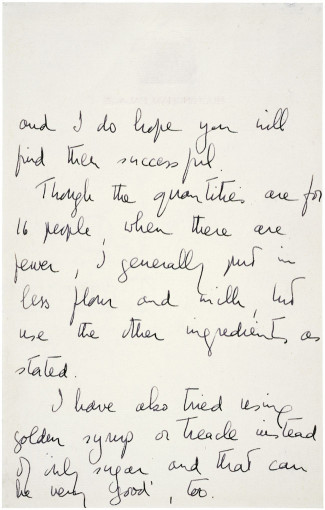 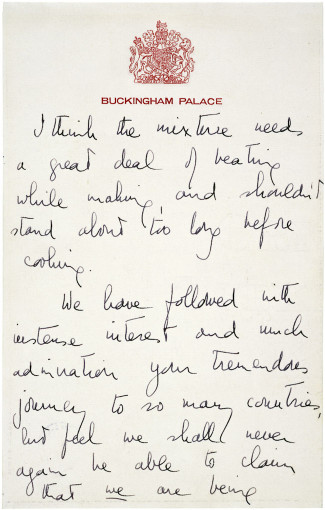 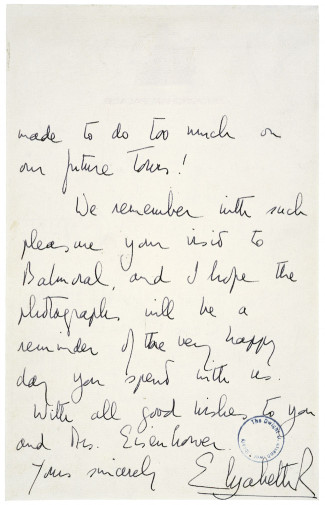 Dear Mr President,
Seeing a picture of you in today’s newspaper standing in front of a barbecue grilling quail, reminded me that I had never sent you the recipe of the drop scones which I promised you at Balmoral.
I now hasten to do so, and I do hope you will find them successful. Though the quantities are for 16 people, when there are fewer, I generally put in less flour and milk, but use the other ingredients as stated. I have also tried using golden syrup or treacle instead of only sugar and that can be very good, too. I think the mixture needs a great deal of beating while making, and shouldn’t stand about too long before cooking.
We have followed with intense interest and much admiration your tremendous journey to so many countries, but feel we shall never again be able to claim that we are being made to do too much on our future tours!
We remember with such pleasure your visit to Balmoral, and I hope the photograph will be a reminder of the very happy day you spent with us.
With all good wishes to you and Mrs Eisenhower.
Yours sincerely Elizabeth R

And in case you’re wondering about that recipe: 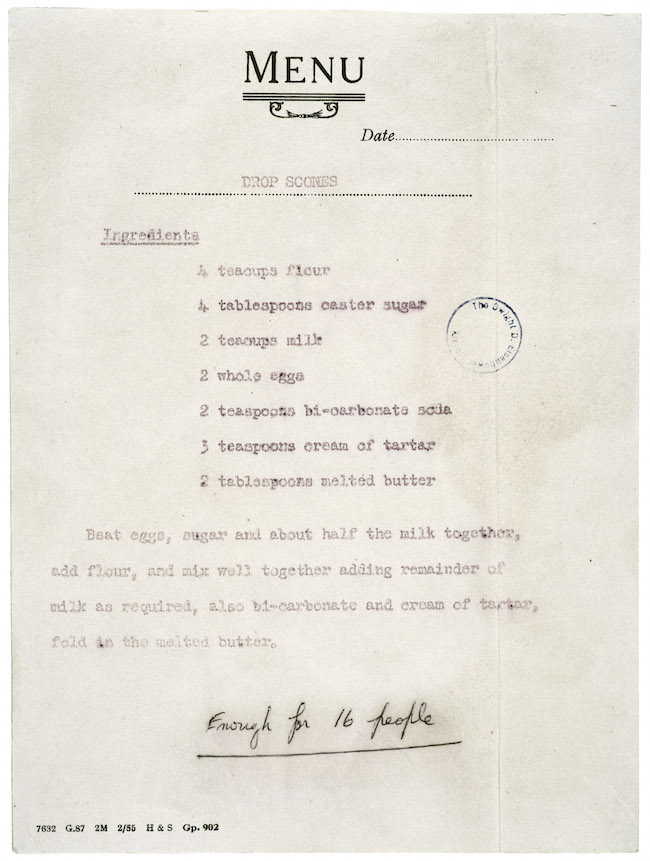 And finally, a love letter from Jimmy Hendrix. I don’t have the image for this one but you can see the letter here on Letters of Note. It says:

happiness is within you….so unlock the chains from your heart and let yourself grow—
like the sweet flower you are…..
I know the answer—
Just spread your wings and set yourself
FREE

Love to you forever

I like the sentiment here, and that it’s slightly mysterious… Who is the little girl?

There’s something so special about a handwritten letter, to have something tangible, something you can keep, is so important. I, for one, am going to try my best to make the time to write letters. If you’re not sure what to write with, Pen Heaven have a great selection of pens, with brands like Parker, Lamy and Faber-Castell.

6 thoughts on “The Importance of a Handwritten Letter”