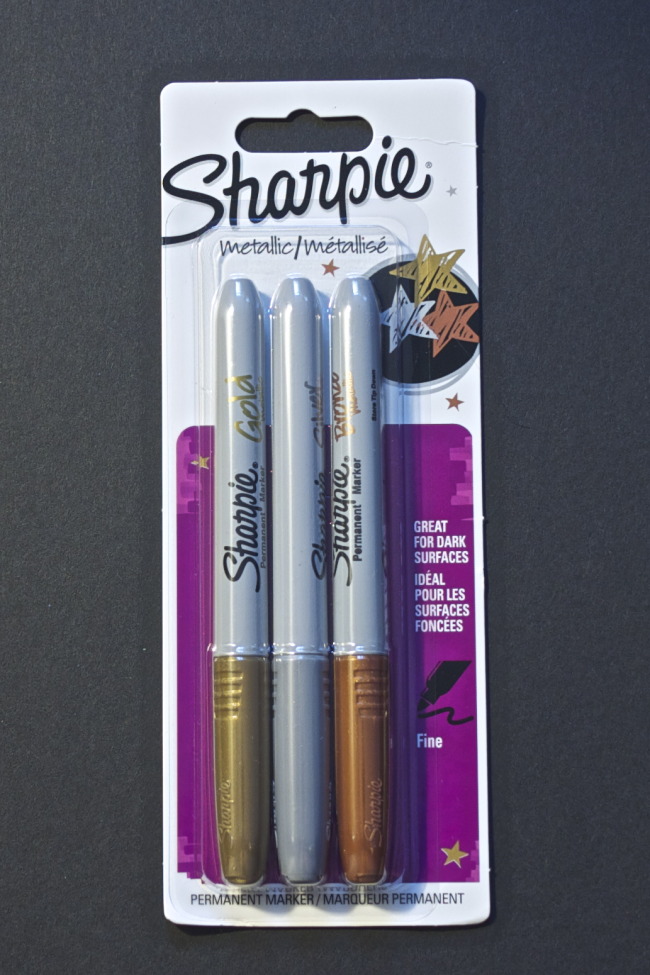 As a “grown up”, I don’t have many reasons to buy metallic felt tips, but I actually needed something to write on black card with, and when I saw that Sharpie had metallic range, I though they could be just the thing! You can get a pack for a few pounds, so it’s not too much of a gamble.

The packaging is standard Sharpie packaging so nothing  exciting there. And actually, the caps of the pens really don’t do the colours justice. When I saw them, I felt worried that the colours weren’t going to be very metallic… However, when I cracked them open I soon realised that they were just what I was hoping for! 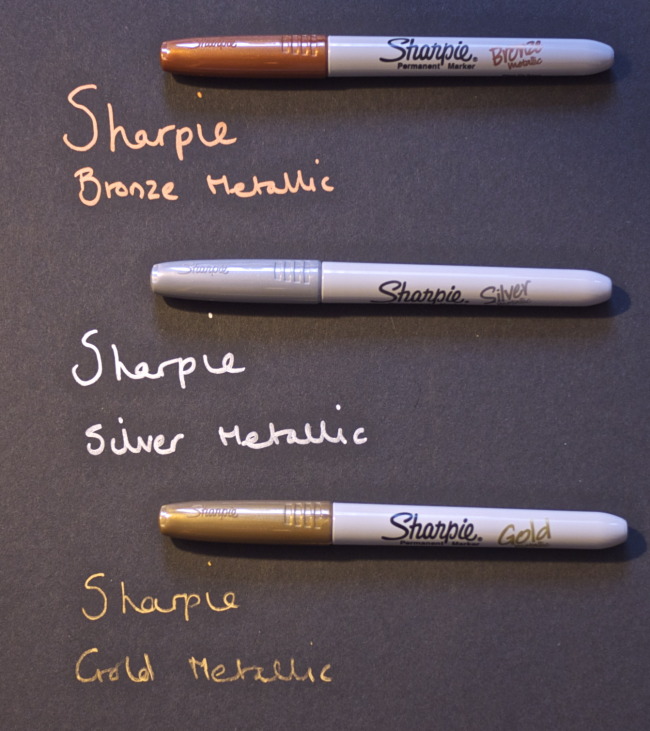 Not the best photo, but hopefully you can see that they come out really well, strong colours with lots of pigment, and they write really well. They reminded me of the metallic pens (perhaps by Pilot?) I used to covet when  was a kid, except you used to have to shake those and then push the nib against the page to release the ink. The only problem with these, as you can see, is that the gold one has dried out, which is a shame, so I guess I’ll have to get in touch to tell Sharpie I got a dud!

The reason I’d got these was because I’d bought these gorgeous cards from Greenwich Letterpress (which I visited on my NYC stationery shop crawl), but didn’t have anything to write on them with. 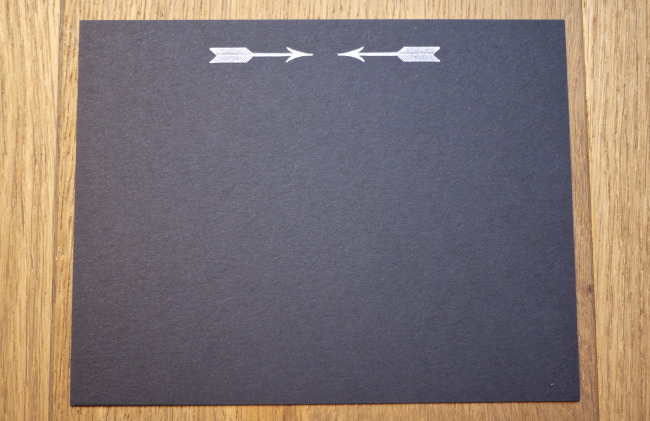 So now I’m able to jazz them up and use them! 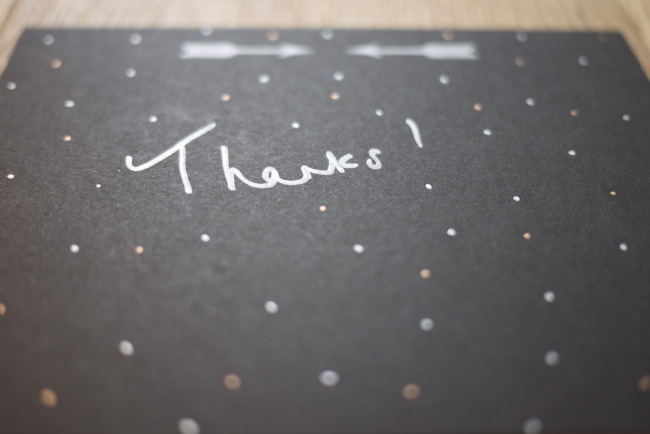