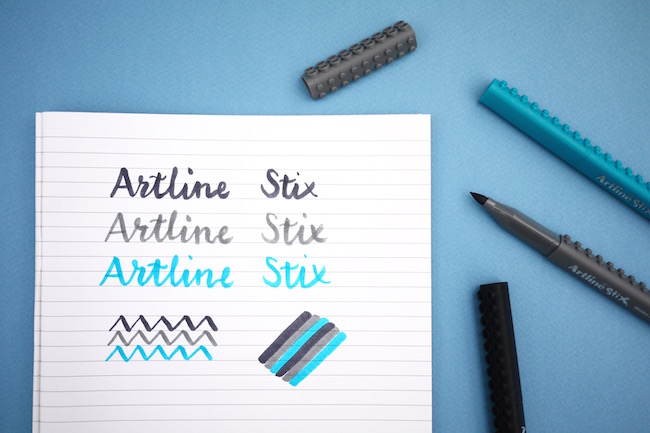 I like to think I don’t get drawn in by things like this too often but I saw a facebook video a few weeks ago, which I think was this one, showing someone using Artline Stix and promptly ordered a few from Tiger Pens. I didn’t want to buy a big pack so I just got 3 to try them out – black, grey and turquoise – my usual palette! 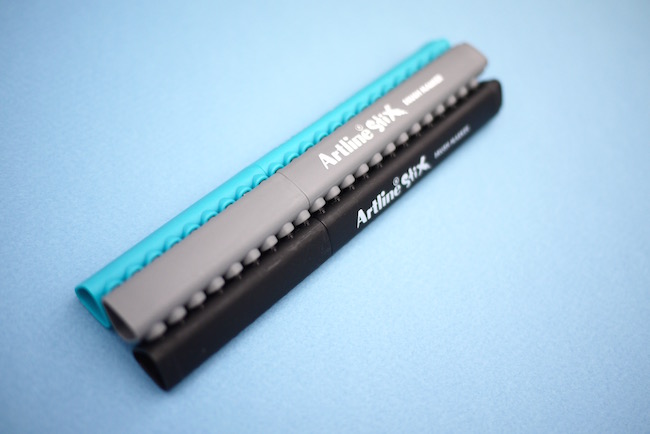 These brush markers are actually aimed at kids hence why they have the added extra (bonus/gimmick?) of also being able to stack together like lego. This doesn’t really add anything for me but if it means kids are more likely to pick up pens, then it’s fine by me. 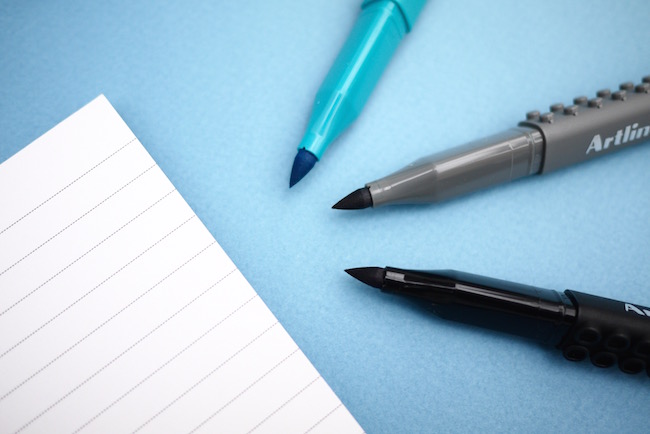 So what are they like to use? Actually really great! They’re obviously quite a thick pen, but with quite a good line variation, from thin to really thick. And just the right amount of flexibility. I mean, I’m no hand lettering expert but I found them fun for playing around with brush lettering.

What attracted me to Artline Stix on the video I saw was the “ombre” effect they gave, so dependant on the pressure used, the darkness of the ink changed. Excuse the TERRIBLE quality of this but I’ve shared below a video of me trying one out. It’s from an Instagram Stories I did a few weeks ago, hence the camera being the wrong way around… I was planning to film something a little better but I’ve been really unwell this week so this’ll have to do!

You can see a little bit there what I mean. I think if you’re using normal paper you are going to get the ombre effect less as the ink quickly dries into the paper. I could be wrong but I think on the facebook video I saw that a shiny paper was used which means the ink is sitting on top of the paper, which obviously looks cool but isn’t very practical as it’ll probably never dry… But I definitely saw a difference in the gradient achieved from the 3 colours I tried, with the black having the most consistent colour, and the grey having the most variation, with the turquoise somewhere in the middle. 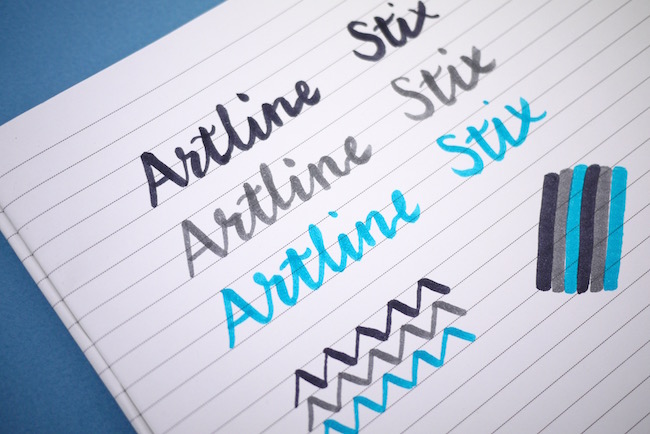 As I say, I’m no expert but I think these are really good pens to use while you’re practicing brush lettering. The triangular grip section mean they are really comfortable to hold and the lego thing means there is something to play with while you’re waiting for hand-lettering inspiration to hit. They’re pretty reasonably priced too, at £1.99 each.