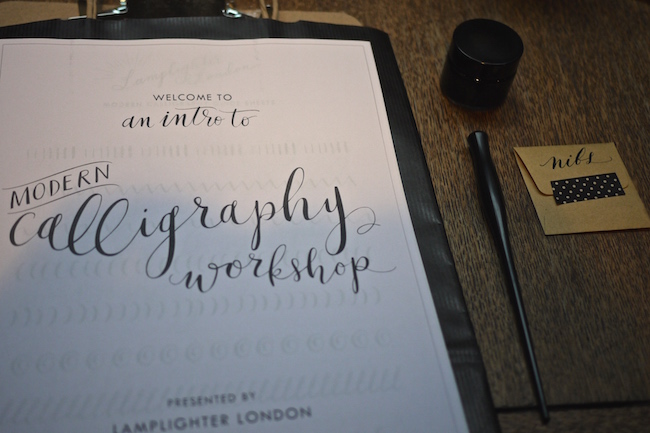 Continuing on my quest to improve my handwriting and get more confident with it, I went along to another calligraphy workshop, this time with Quill London and Lamplighter London. I’d actually booked to do this a while ago, before I was invited to the Betty Etiquette workshop. They turned out to be a week apart but I thought I’d still go along to both, as I was sure there’d be lots to learn, and an excuse to practice two weeks in a row could only be a good thing. 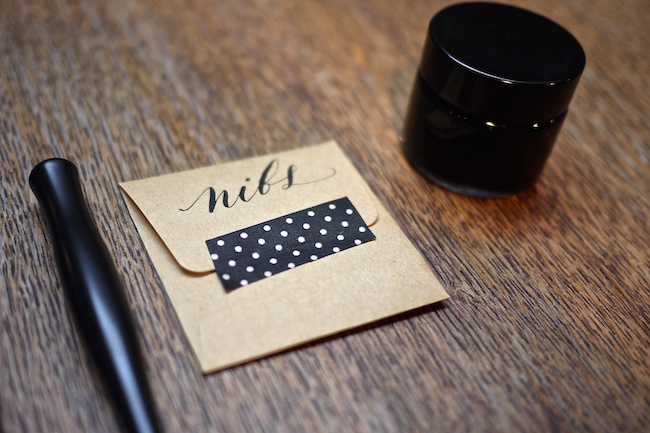 This class was held in the back section of the The Blacksmith & The Toffeemaker pub in Clerkenwell. It was fairly quiet in there but as we were only separated form the main pub by a curtain, some of the noise still worked it’s way through. The other thing that struck me when I arrived was that it was a much bigger class than the previous one I’d gone to, probably about 30 people, compared to the 10 I learnt with before. I worried that this would mean there was less help on hand, but actually as both Chiara from Lamplighter and Lucy who runs Quill were circulating the room, chatting and checking up on us, it meant there was always help if you needed it. 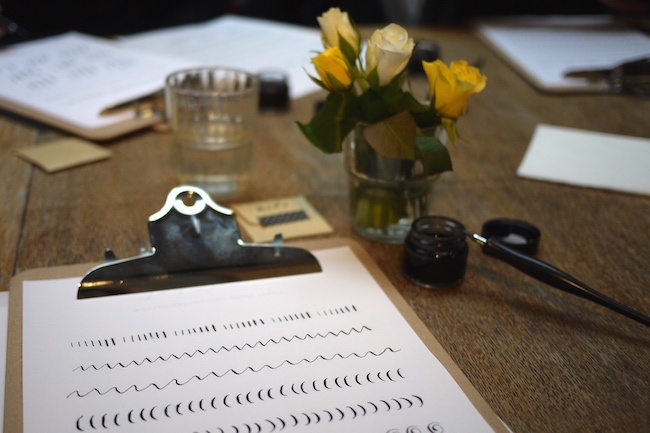 The set up of the tables were lovely, we each got our dip pen, a nib and a pot of ink, all of which we got to take home, along with all the instructions and guides. I really liked the nib we used; the Nikko G, it worked really well as a beginners nib and didn’t require blotting every time you inked up. We were thrown into things quite quickly and told to just start tracing the guidesheets. I liked the fact that we got stuck right in, and it was really useful to start by tracing as you felt like you had better control of the outcome. I do also think though, having learnt the previous week without tracing, that if you do it for too long, you end up relying on it too much, and then when you have to try without it seems like a really big deal! 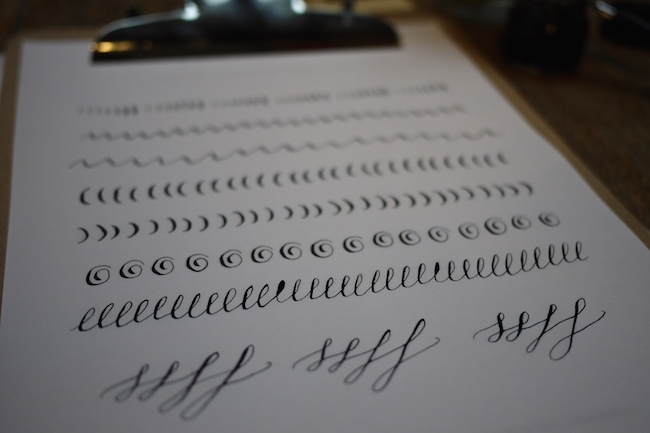 We worked our way through the guidesheets, accompanied by tea and cake (thinking about it now, I stupidly didn’t have any cake…), and then started to get to grips with doing it ourselves. We then had a little tutorial from Chiara when she concentrated more on what modern calligraphy means and encouraged us to express ourselves and change things up if we wanted. I really liked this aspect of the workshop – although I did end up frustrated at myself for not being more creative. It certainly didn’t help that there was a graphic designer and an artist at my table, both of which were doing the most incredible calligraphy by the end of the session! Ah well, more practice for me. 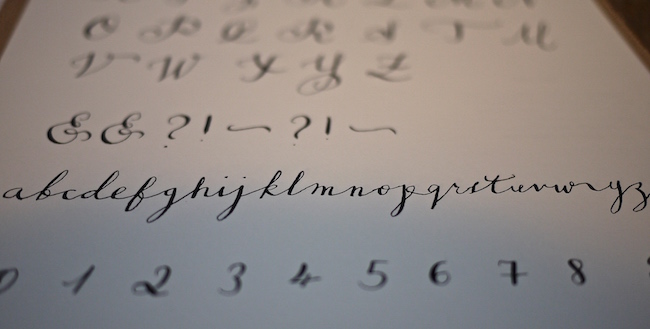 I really enjoyed myself, the 3 hours flew by! And at the end, there was the chance to buy some bits from the Quill London shop – were I not on a strict spending ban, that could have got dangerous. I’ve since bought some white ink and been enjoying playing with it on kraft and black paper. It’s definitely a good skill to have under your belt.

The workshop costs £44 and they hold them at different venues throughout London. You can find out more here. They’ve also recently set up a level 2 class too.