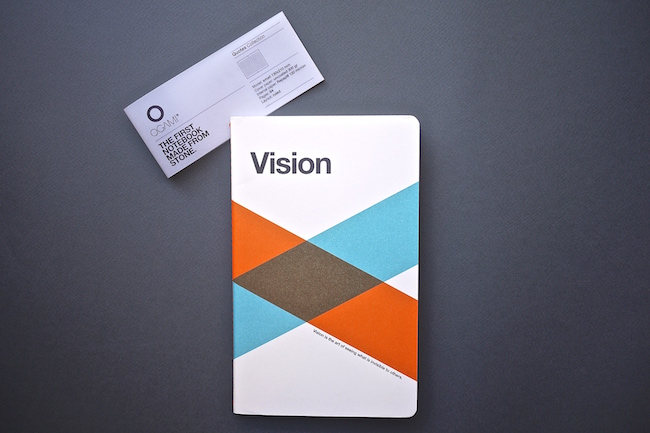 Ogami: A Notebook Made of Stone

I’ve been excited to write this post! There’s a bit of a story behind how I got my hands on this Ogami Quotes notebook:

About a month ago, a guy called Brett got in touch with me via Twitter, asking if I knew where to get hold of Ogami notebooks in the UK. I’d never actually heard of them before but did a bit of googling (this is exactly the sort of thing I can’t let go… There’s a reason I have the nickname D.I. Sowry), found that their UK distributer is Origin 68, and pointed Brett is their direction. Brett then very kindly offered to send me one as a thank you – he explained that the paper feels like when you write on an eraser with a biro, which definitely piqued my interest…

Ogami do a “Professional” collection, with soft and hard covers in plain colours, and a “Quotes” collection, which are all soft covers with strong, colourful graphics and, unsurprisingly, quotes on them. I think the Quotes collection are all extremely cool looking, with a sort of misaligned screen print vibe, which I love. 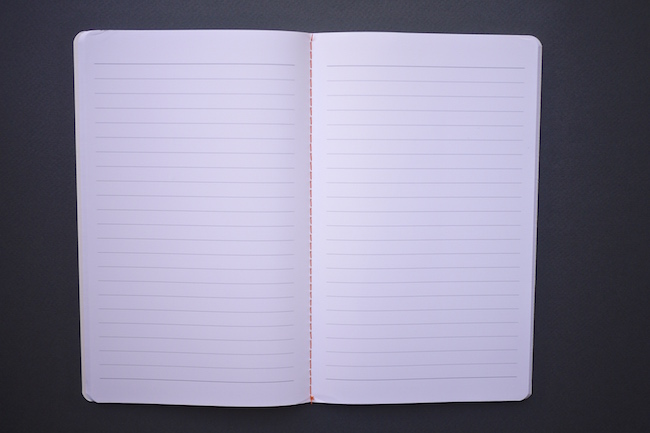 The inside looks like this, a pretty standard ruled notebook, but I like the detail of the orange stitching. To explain, the paper is called “Repap”, and is made from calcium carbonate found in limestone quarries and in building industry waste. It’s waterproof, durable and recyclable. So… To put it to the test: 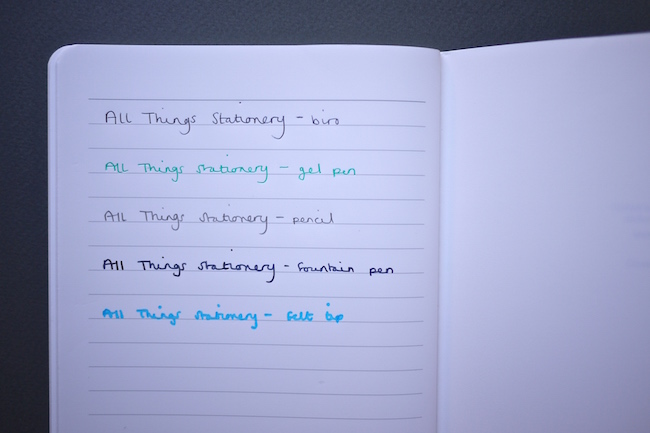 Before I tried the paper I thought it would be fun to write on, but a bit of a gimmick. Actually though, after trying it I think it could well be a game-changer for me. Certain writing instruments fare better than others, but that’s to be expected. To start with biro, it does indeed feel like you’re writing on an eraser (or banana – a.k.a. one of the best feelings ever). And actually it felt similar with both the pencil and gel pen too. I do really like how this felt, but because of the resistance, it does slow down your writing speed. So perhaps if you were making quick notes it wouldn’t be ideal, but if you wanted to take time and care on your writing, it could be perfect.

One pen that really didn’t work was the felt tip – I tried a Le Pen and it really bled and made the line a lot thicker than it should be. And finally, the fountain pen. I’d seen other people say that this paper doesn’t work well with fountain pen, but I used my Kaweco pen and ink and this was actually my favourite! The ink almost sits on top of the paper and doesn’t bleed at all (I can only talk about my experience, but it may work differently with other inks). It may take ever so slightly longer than usual to dry but the smooth writing experience definitely makes up for that.

So there you go, not just a gimmick, really interesting paper, and super cool designs. I’m very happy I’ve discovered these – thanks Brett!

5 thoughts on “Ogami: A Notebook Made of Stone”