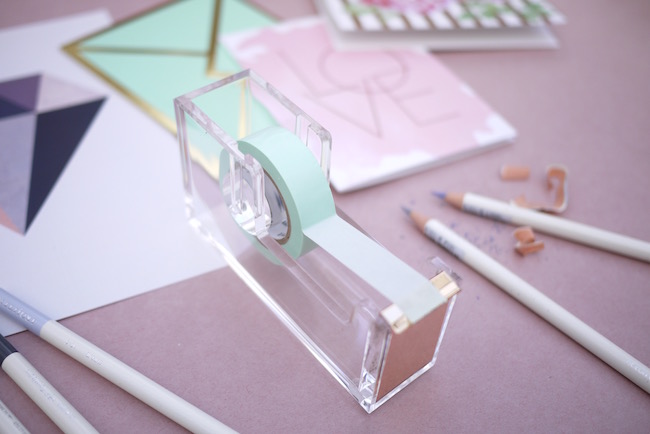 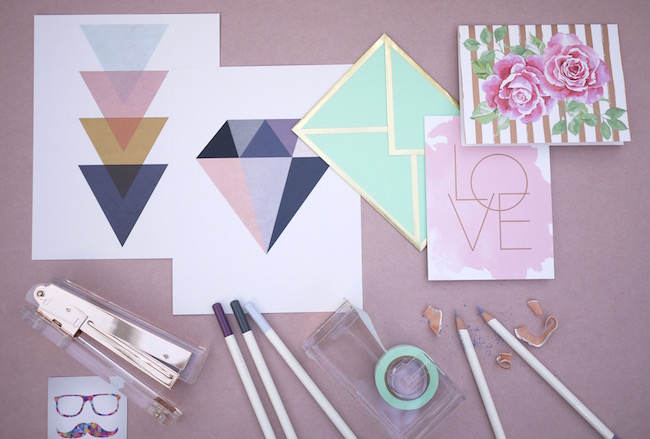 I’m going to start by saying that I think Shabby Chic is the wrong name for this Moustache Stationery box… I think it should be called “Lifestyle Blogger’s Dream”. I mean, look at it, there’s rose gold, perspex, blush, mint, geometrics, pastels. Even the card saying what was in the box had marble print. Need I go on? All the perfect stuff for photo props. But I digress. What’s in a name, eh? 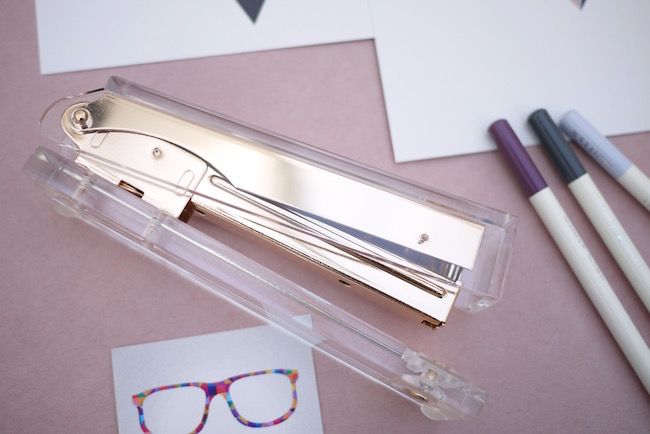 So, what’s inside? Well, lots of girly cuteness, that’s what. Starting with this rose gold/perspex stapler and tape dispenser (that have already found their way to my desk at work and have resulting in “ooooh”s from colleagues).

I’m really impressed with these – they seem like they’re really good quality and I’m surprised they got them in the box whilst keeping the cost down. Also, there’s a mint MT tape – which, bizarrely, I don’t already own! 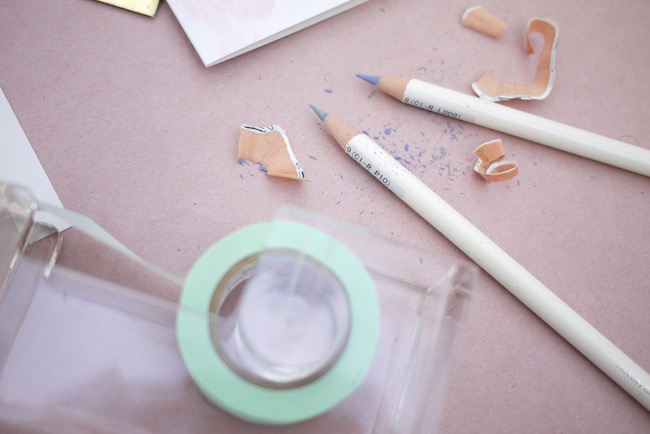 Next, the most perfect colour palette of pastel colouring pencils by Tombow. Grey to purple hues – just gorgeous. For those of you that like specifics, it was a 5 pack of pencils called Irojiten Grayscale.

And last, but not least, a selection of cards by Stylist Paper (which have THE coolest envelopes) and some original prints, like this geometric gem one shown above.

I think this is a really well curated box! They said that Kate Spade was the inspiration and I think they totally pulled it off. There’s no denying that it’s very girly but I think this is the way that Moustache Stationery is possibly heading? I’d definitely be happy to see some more neutral stuff too though. I feel like you can really see the value in this box, which is happening more and more each month.

They wanted me to let you know that you can buy items from previous boxes, and subscribers can add any cart item to their next box with no additional shipping fee using the promo code SFCC2016.

This box was sent to me free of charge, but all opinions are my own.