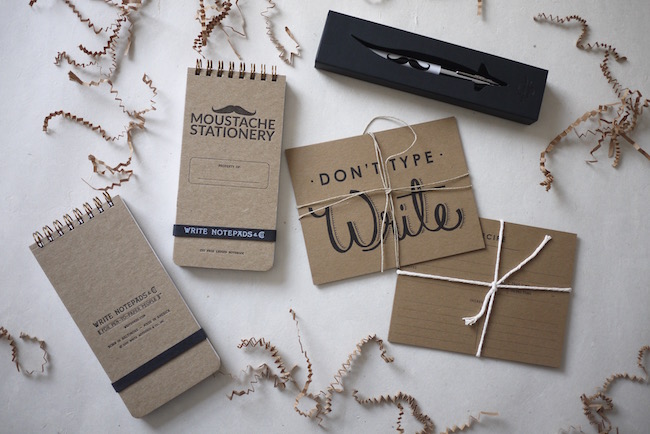 On my life theme at the moment of being just a bit behind on everything… Here’s last month’s Moustache Stationery box! 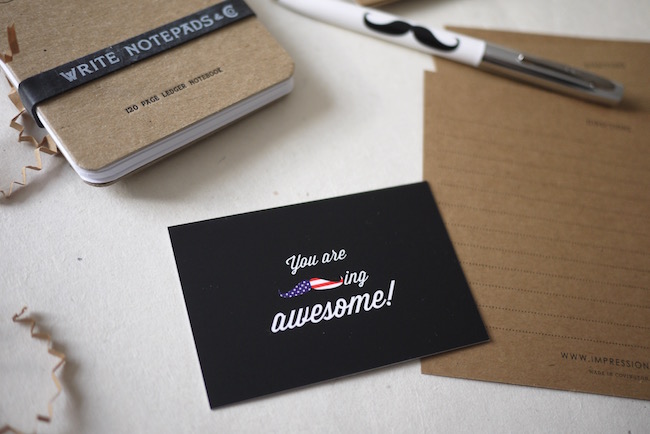 The theme was “Made in America”, which fits nicely as this was the first time the boxes are being shipped from the U.S. (previously they were sent from the U.K.). This is probably a weird thing to say but there’s a certain smell that American packaging has which I really like because it makes me nostalgic for getting exciting gifts from my family in America when I was younger. So I thought this is a positive change! 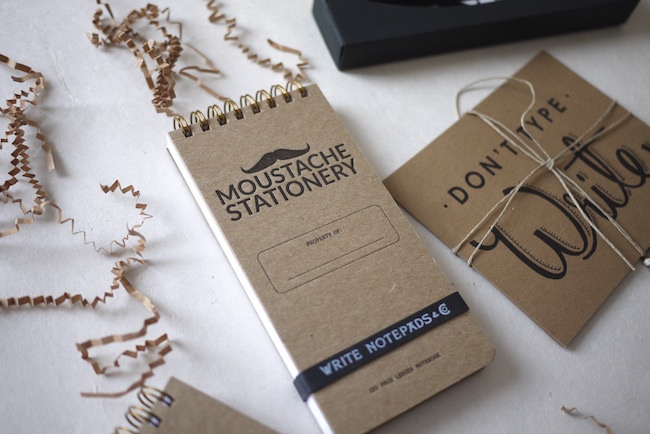 First up, 2 x Write Notepads. I didn’t know this brand but they’re really nice! These are reporter style notepads, or Pocket Ledger, as they call it. It’s bound at the top and the cover is thick card, with a very useful belly band, to hold everything together. There were 2 in the box, one Moustache Stationery branded, and one normal. 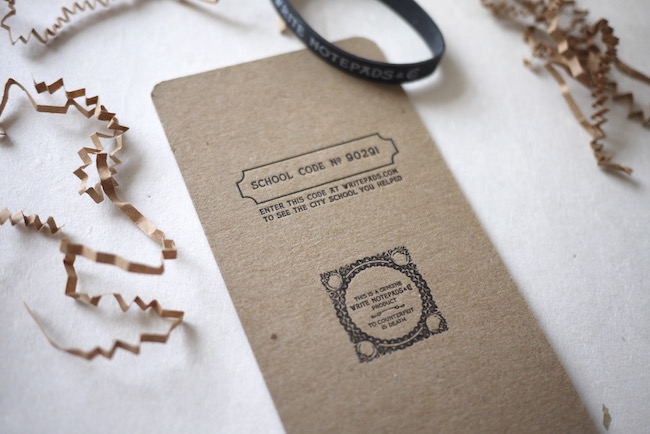 The other great thing about this brand is that for every notepad that is bought, they donate one to a local school – pretty cool! And you can even look up the exact school that was donated to on your behalf, using the code inside the notepad cover. 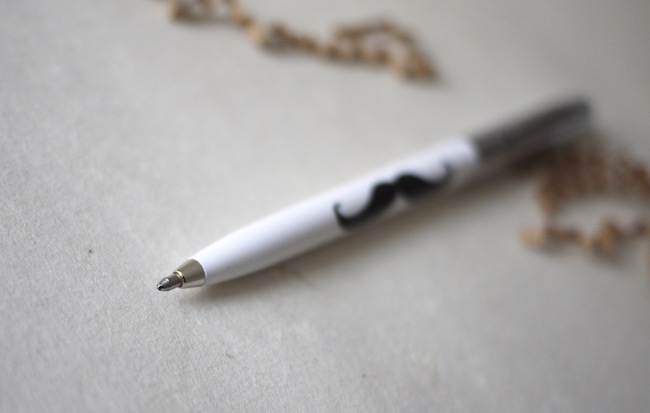 Next, a moustache Fisher Space Pen! This is a pretty famous pen, but one that I’ve never tried. Designed to be used in pretty much any condition, the Fisher Space Pen has been tested by NASA and used in… well, space. 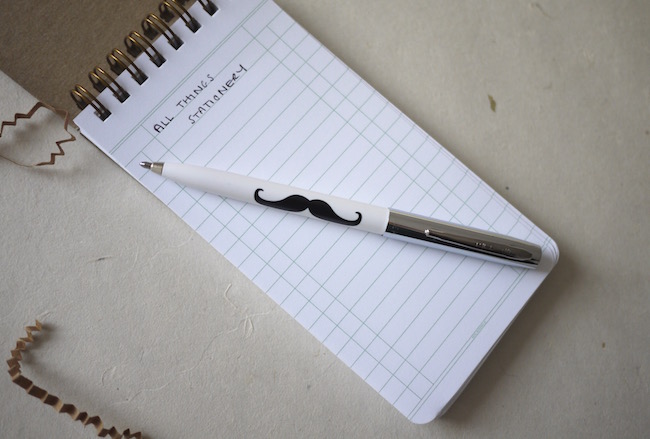 I suppose it is, essentially, just a very well made ball point pen. To be honest, it’s not something I’d usually choose, as it has a thicker nib than I like, but it writes well and it’s good to know that should I ever be popping to space, I can write a postcard home with no problems. And they threw in a refill cartridge too! 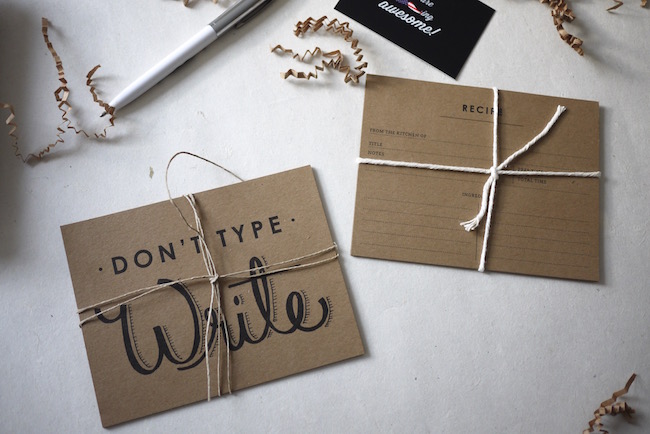 And finally, a little set of these very cool “Don’t type, Write” (a mantra for us all) postcards, and some recipe cards, both by Impression Paperie. 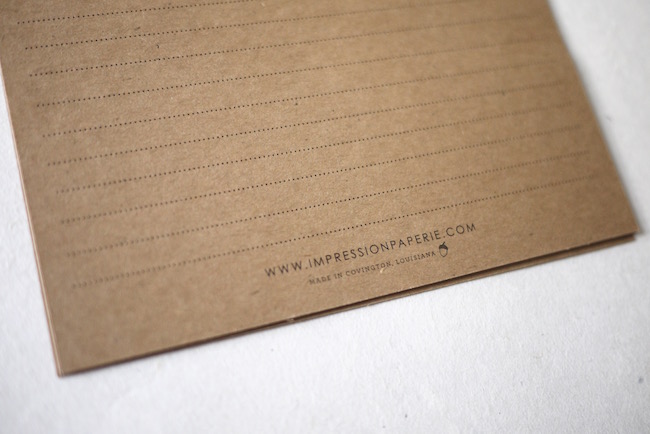 A pretty great box, I’m sure you’ll agree! And an introduction to some new and old brands that I’d been yet to try. This month’s box has already arrived and I’m very excited to show you what’s inside! Look out for that later this month.

Please note I was sent this box free of charge for the purposes of this post, but my opinions are all my own.

Hi Tessa, I found your site after seeing a written interview of you by Caroline Weaver’s pencil enterprise. That I found from The Well Appointed Desk Link Love.

I too love mint green. I recently got some mint green framed sunglasses.

Since this theme is about mustaches, I thought I’d let you know about an American company that has several mustache products. The company is in Brooklyn, NY and can be found at seltzergoods.com