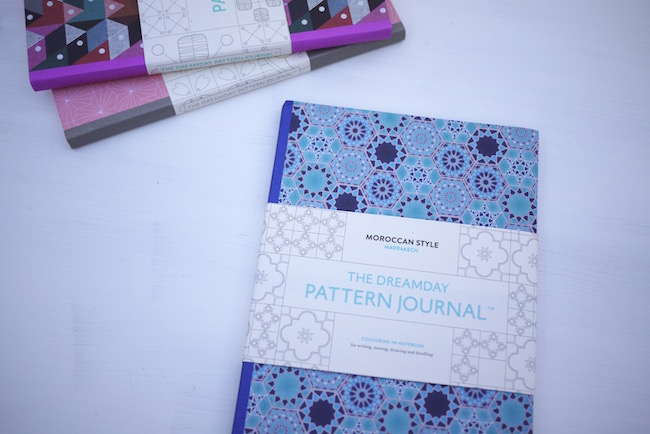 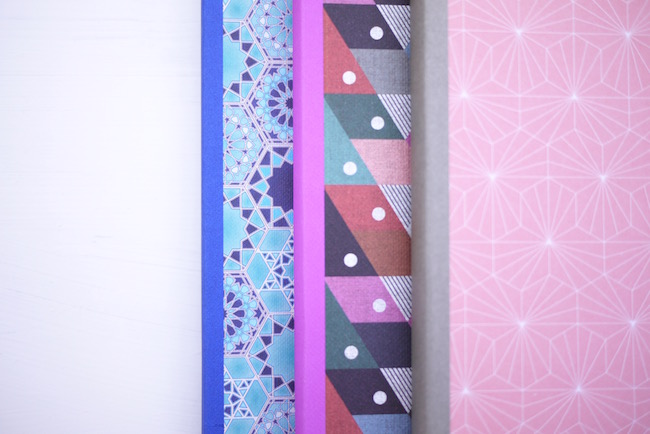 They call themselves a “Colouring-In Notebook – for writing, musing, drawing and doodling.” The A5 notebooks are made up of 108 pages, most of which are plain, with 22 patterned pages scattered throughout the book for colouring in. Most pages are cream, with a random few pattern pages in a light grey. The patterns are based around a different theme in each edition, like Mid-Century Modern, Japanese, Moroccan and Art Deco. 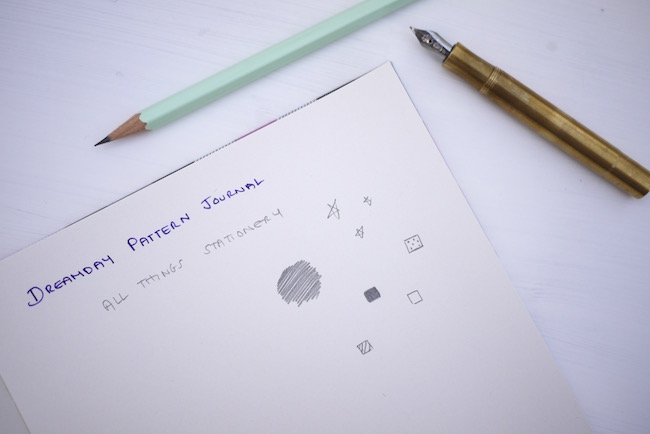 In general I have found the paper quality to be really good – it holds up to a broad nibbed fountain pen with no feathering and no showing through on the next page. It’s also nice to write on with graphite pencils. 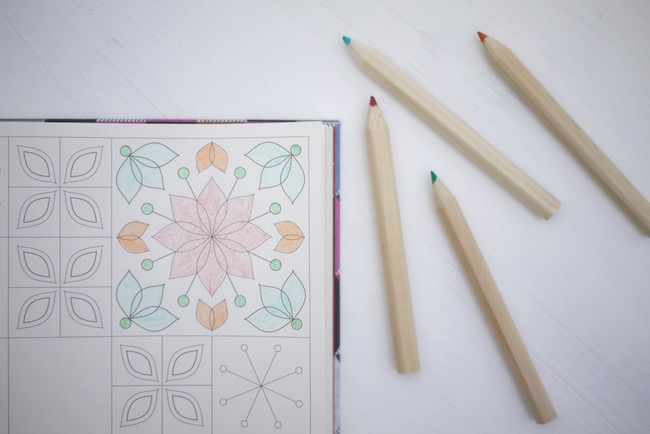 I didn’t get so much satisfaction from using colouring pencils on the patterned pages… I tried with fairly cheap ones and fancier ones and it was pretty much the same. I think because the patterns are so detailed (see a couple of examples below) you can’t push very hard – unless you’re reckless and want to risk going outside the lines! – so, as you can see above, the colours aren’t very bright. I also coloured some in with fineliners though and that was MUCH better. And as the paper is so good, there’s no feathering so it works perfectly.

I think as a concept, these books are really clever. It’s the sort of thing I didn’t think I’d use very much, until it was right there in front of me and I kept reaching for it. Perfect for doodling and colouring in whilst thinking things over, and then being able to note down ideas immediately when you have them! 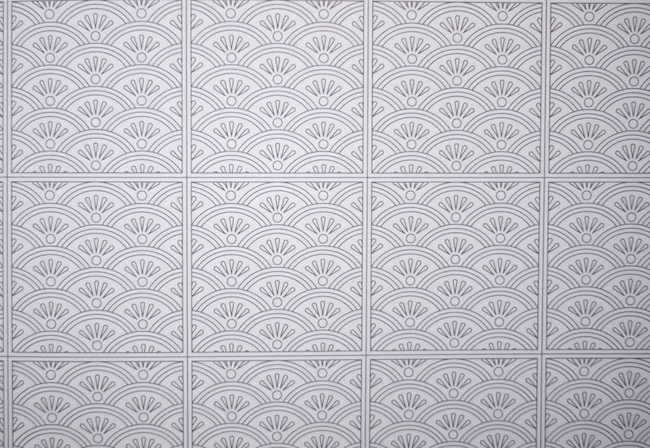 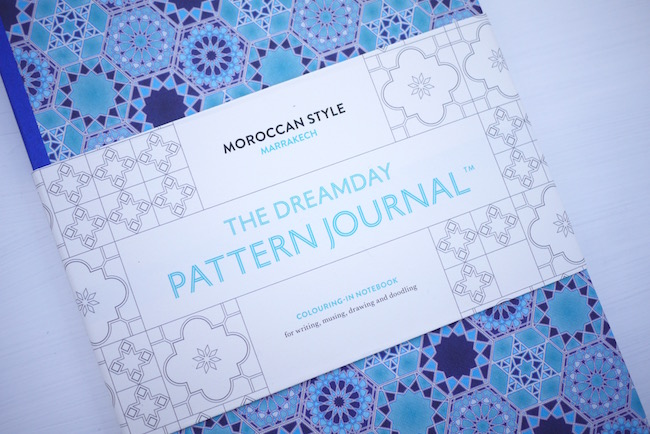 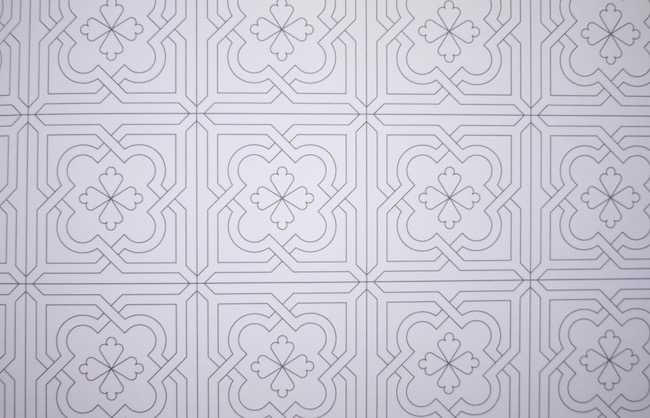 I’m going to do a very casual giveaway of a couple of these… I’ve used the Mid-Century one, so you certainly don’t want my scribbling and terrible colouring in, but if you’d like either the Moroccan Style one (blue cover) or the Japanese Style one (pink colour), leave a comment below saying which you’d like and I’ll choose 2 people at random to send them to. Please note, this is only open for people in the UK (sorry!) and I’ll choose from all entries received by 5pm on Tuesday 23rd August 2016.

Please note these were sent to me Laurence King Publishing for free, but all opinions are my own.

What a lovely giveaway. If I was lucky enough to be chosen I would love the pink one please. ?

I would have the blue (Moroccan) one. Looks peaceful, somehow.

These look great fun! I like the blue one!

The Moroccan one looks lovely; I quite fancy the challenge (like you described of staying within the lines), and using my new calligraphy pen!

Love the blue one ? My favourite colour x

Japanese (pink) please! These are lovely!!

The Morrocan one looks good to me!

Ouuuu I like these!! Maybe something to look at adding to a Moustache Stationery box