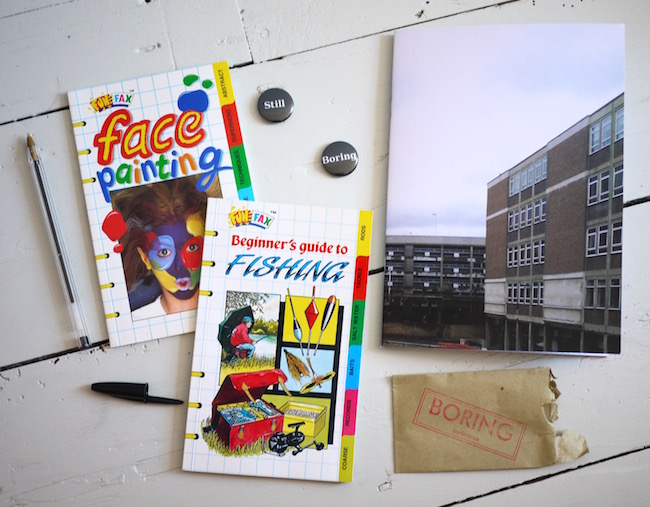 On Saturday I went to Boring Conference. The concept for the conference is that if you take ‘boring’ subjects and talk about them in enough detail, they’re actually quite interesting! And often funny. In their own words: “The Boring Conference is a one-day celebration of the mundane, the ordinary, the obvious and the overlooked; subjects often considered trivial and pointless, but when examined more closely reveal themselves to be deeply fascinating.”. It was started to replace the Interesting Conference which was cancelled in 2010 (although is soon to come back from its break, so I hear).

I heard about Boring Conference because it’s organised by James Ward, author of Adventures in Stationery: A Journey Through Your Pencil Case (which I reviewed AGES ago here). 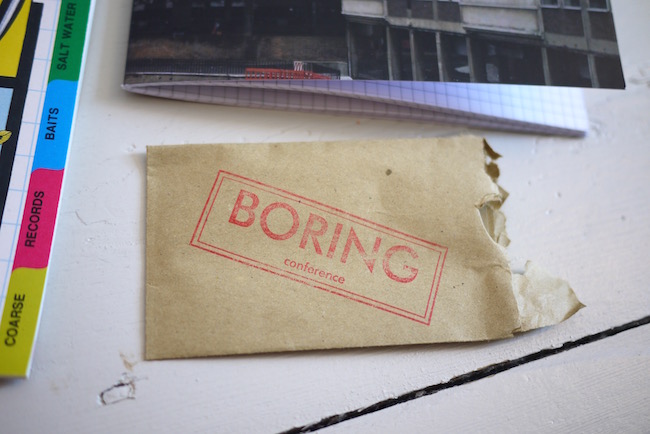 You can see the line up here, but as a brief idea of what went down, we had LIVE jigsaw puzzling, a live game of Mastermind, talks on various boring subjects like bricks, lamp posts, the word “the”, and a performance of one of history’s most infuriating pieces of music, Vexations by Erik Satie. 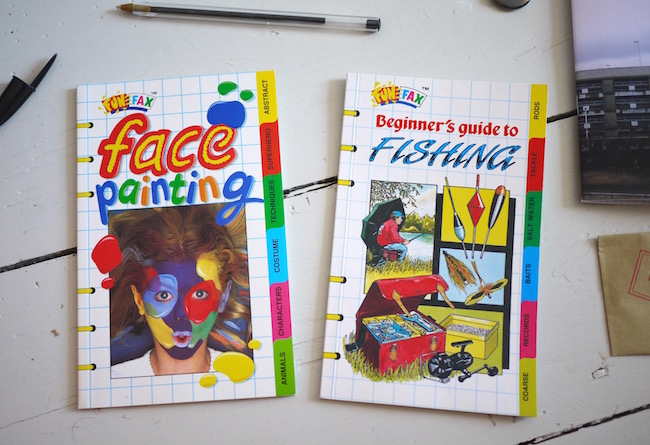 And if you’re wondering what this has to do with stationery, well it’s all about the goody bag (ok, goody envelope). Inside there was a very boring looking notebook with a classic British industrial estate concrete landscape. It has grid paper, so I’m actually quite likely to use it. And most excitingly, there were Funfax insert books! For those of you who don’t remember or have one (I did, obvs), they were the kids version of a Filofax but instead of inserts for say… Address books or budget plans, they were for fun things like games, face painting or fishing! 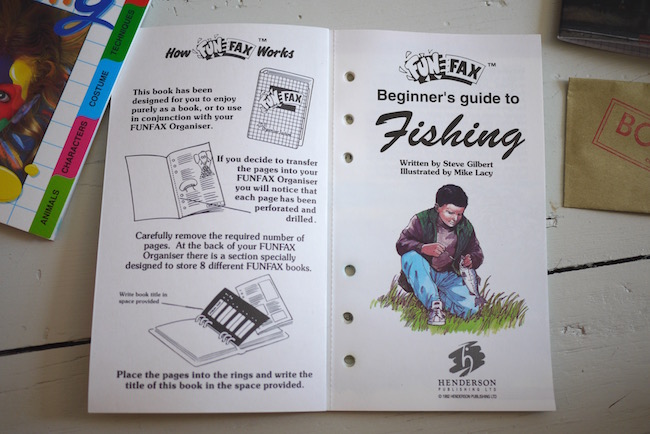 It’s quite amazing that they managed to find a job lot of these somewhere really. But they’re exactly as I remember. What I find weirdest though is that rather than just hole punch the whole book, they made it so that if you want to put it in your Funfax you had to individually tear out every. single. page. Madness! I suppose this was for us ’90s kids, before everyone had the Internet. We had to fill out hours somehow.

Thanks James for organising a fun day full of boringness, and a trip down memory late for me!

FunFax, whoa that takes me back! This sounds bloody good, such an unusual concept and boring fun is the best fun.

Funfax was such a British rite of passage, wasn’t it?! And you’re right, boring fun IS the best fun!