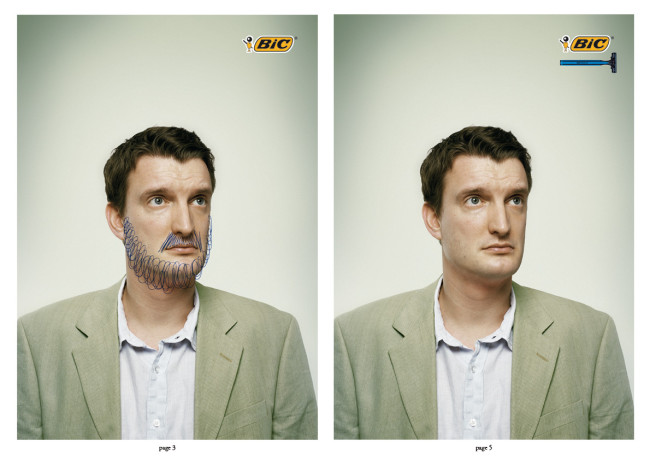 This is an oldie, but a goodie. It’s from 2008 but I hadn’t come across it until now. This is a print advert from Bic (published in The Netherlands), in which they advertise two of the products they’re most know for in a really clever way! On page 3, a picture of a man which has clearly had a beard doodled on top of it (presumably with a Bic biro) and when you turn over to page 5, that beard has been removed by a Bic razor, which is subtly referred to in the top right corner. Genius, right? I like this a lot. I mean, I don’t like using Bic biros or Bic razors, but I appreciate that this is a very good advert!

That’s very clever indeed, I love simple advertising like this. Ads of the World is a great site.