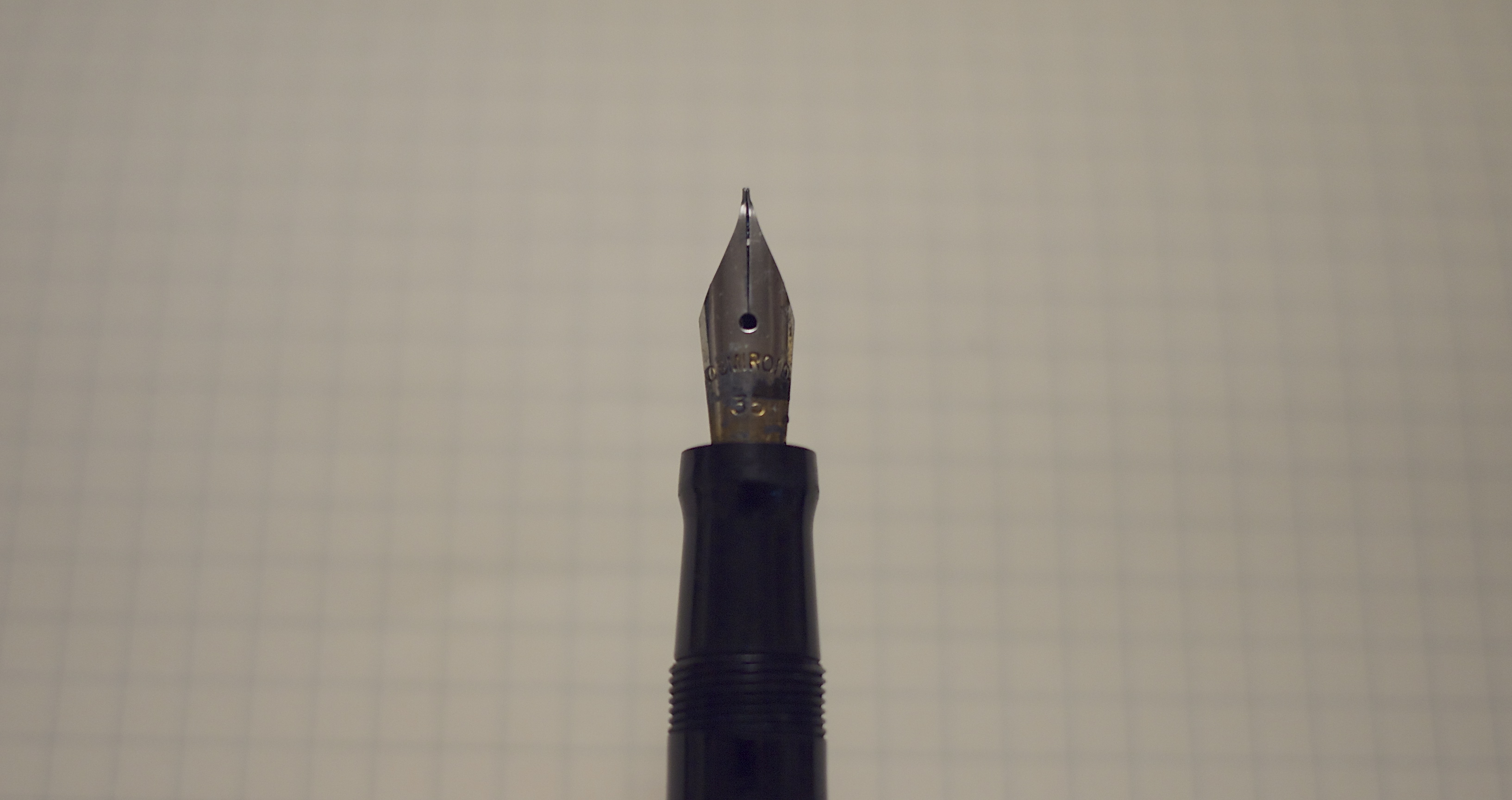 An old pen I’m not sure what to do with…

On a drive back from Shropshire this weekend, we ended up stopping off at a little village for lunch. The village were having a summer fair and there were stalls of bits and bobs all out in the street. We were in a bit of a hurry but I just had time to find this pen, which intrigued me, pay the man 50p, and be on my way.

It says:
The “Unique” Pen
Made in England

I can’t find a huge amount of information about Unique, but from what I have read, they were around from the 1920s to the late 1950s.

The thing that really intrigued me was this lever on the side, which I now know is the way you fill it. The pen has a sac inside, and in order to fill the sac, you lift up the lever (which depresses the sac) and dip the nib in ink. You then let go of the lever and the extra room created in the sac is filled with ink. That’s how I understand it anyway…

I had a little explore around the inside of this one, but unfortunately when I opened the pen up, it became clear that the sac had disintegrated and pieces fell out, along with lots of ink powder.

I found some instructions of how to replace the sac but then it all started to go a bit over my head and I knew I’d never bother to replace it.

It’s not the prettiest pen, it has a plastic body which is a little beaten up and the clip has come off the cap:

Anyway, it needs a bit of love, and I’m probably not going to give it, so if anyone fancies a restoration project or just wants to challenge themselves to replace the sac and get it working, I’d be happy to post it to you (anywhere!), just let me know!